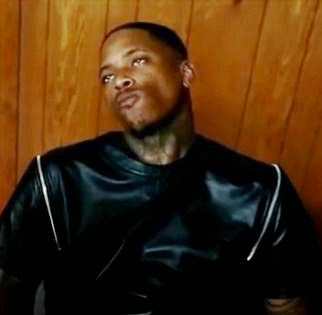 I love DJ Mustard production too, guys, but it's okay to admit that 10 Summers is a near-total washout and the complete antithesis of a family-affair project like Ketchup: a predictable melange of 40% sleep-rapped verses from the usual industry mooches 4 hire over 3.5/5 beats, 40% kinda well-rapped verses by weed carriers over 2.5/5 beats, and 20% interludes that are better than most of the songs; in a nutshell: all the worst bits of a DJ Khaled compilation and a typical producer album in one.

Giuseppe with 2 Chainz, Yo Gotti & Jeezy features the best beat on 10 Summers by a Young Thug's leg mile, alas I just don't possess the willpower to sit through a rap song where 3 dudes in their late 30s rap about wearing repulsive Eurotrash high-tops which look like what would happen if the British orthopedic brand Hotter did a goth-ninja range for Ukrainian club bros with bad arches.

Keep walking, folks - there's nowt to see here except the Mustard analogue to Dr Dre Presents... The Aftermath.
Posted by Kelvin Mack10zie at 18:27

and why isn't "vato" on there?

As far as summer 2014 Mustard productions go, Kno Where The Party @ by Slim 400 & TeeFlii bodies every song on this album.

UKRAINIAN CLUB DOUCHES ARE JOKE TO YOU??!!??

There's a couple of good songs on this, IMHO.

Don't understand why "Vato" isn't on here either.

Haven't seen anyone talking about this album. Is it really that bad?

STILL waiting on the full version of the Ty Dolla interlude. Because Beach House 3 was underwhelming to me.