Very impressed to see the Dougie make an appearance in a British daytime quiz show that's primarily watched by pensioners/students/housewives/the unemployed/the housebound plus quiz TV show nerds watching it on iPlayer when they get home like moi: 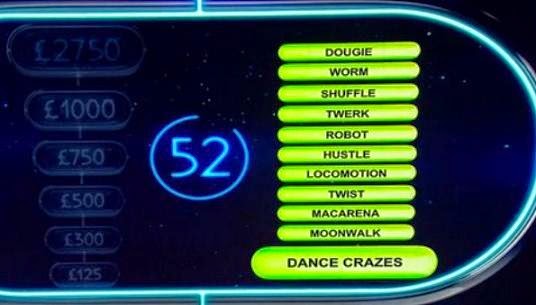 Actual facts: the Dougie's definitive moment on film still comes from its creator during the Guess Who? intro at The Rooftop in the Keep Rising To The Top video. If only IRL rap shows were like this:


Doug E. Fresh & The Get Fresh Crew - Keep Risin' To The Top
(From The Worlds Greatest Entertainer album; 1988)

Waitin' on you to drop a post on Troy Ave versus Drew Millard.

That video is whoa

Re: Drew Millard and Troy Ave. I think it's admirable that the editor of the website that has never once pulled favours for any of their buddies like Aantwon, Kitty Pryde, Ryan Hemsworth etc and Vice-affiliated rappers like A$AP Rocky and Action Bronson is taking a stand against industry nepotism and shady tactics by the secrete managers of artists that nobody cares about IRL.