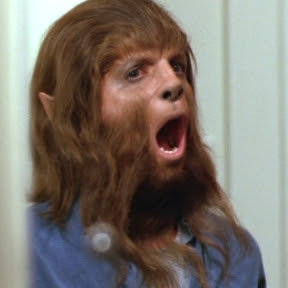 This is the post where I stan for that occasionally unintelligible Uncle Murda & Rocko song where they both make funny noises at the end of damn near every line (no Akinyele circa Vagina Diner) since it's just become an official single. With its next level onomatopoeia based on a Martin Lawrence sitcom catchprase Wu Wuu Wuuu is the final frontier of the recurring phrase motif that's been popular in Rap songs this year, whilst Jahlil Beats' production is perhaps 2013's best example of the type of sound that Lil B once described as making him feel like he was ice-skating:


"My crew deep like the Wuuu
If you want beef, what it doo-ooo
You pussy by yourself, you tough when you with your creewuuu
I been tough since public schoo-oool
Momma whipped my ass for bein' bad at schoo-oool
Beat me in the shower is what she used to doo-oooo
Belt used to hurt, had me screamin' out OOOHH-OHHHH-OOHHH
Then I'd go outside with an attitu-uude
Flippin' on n*ggas, they like I thought we was coo-oool?
Over misunderstandings I'm eatin' n*ggas foo-oood
Call me the animal that took over the zoo-ooo"


See guys, it's not just Young Thug who can make great Rap music by making daft sounds with his gob!
Posted by Kelvin Mack10zie at 17:30

This is surprisingly good.

This is great.
Named my pub company after an Uncle Murda lyric from this track a few years ago:
http://www.youtube.com/watch?v=kmUOdNHnVkA

Late pass: finally checked this after DLing the zips of your End Of Year list and have had it on repeat/stuck in my head for about a week now. Beat is lovely.

Yeah, I played the hell outta this last year, Def in my top 10.