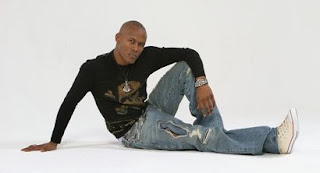 Everybody on the Rap internet is either too cool or too clueless to admit this, but the original version of Canibus & Rakim's I'll Bust 'Em, You Punish 'Em over the beat which sounds like something from the Beatnuts' A Musical Massacre deserves to be lauded alongside the O.G versions of AZ's Your World Don't Stop and Doe In Advance by Gang Starr in the pantheon of amazing 90s N.Y Rap songs which were then rendered unlistenable by sample clearance for their official retail release:


"Now on some battlin' shit, my verbal lateral grip
Keeps my tongue glued to the A-Dat when I'm trackin' my shit
Let my spit lubricate the chap on my lips
And make you rappers have fits cause I'm back in the mix"


FYI Canibus, using spit to lubricate your chapped lips will only make them drier.
Posted by Kelvin Mack10zie at 19:05

Holy shyt I never knew about this.

That Beatnuts-esque version of the Canibus/Rakim joint was commercially released. It's on the Celebrity Deathmatch soundtrack album. It also includes Prince Paul's remix of The Last Emperor's Secret Wars and the bowdlerised "Pizza mix" of Eminem's Shrooms. hth?

No way. Why the hell would they switch the beat for that godawful Canibus - 2000 BC album version?

Love the way Rakim sounds like he's saying "Bitch" when he says "'Bis".

You had me doubting myself for a hot second there. So I went and dug out my copy of Celebrity Deathmatch and....Yup, track 5.

There's no producer listed on the 12" I have, so I've always hoped it was a Beatnuts production.

Checking that Celebrity Deathmatch album on Discogs, I'm disappointed to find it was by some nobody who produced terrible songs for McGruff, Rakim, Half-A-Mill and Sticky Fingaz. :(

Anybody happen to have an mp3 of this track? Never knew about this version either.

Finally. My version of this was from a J-Love tape.

*David Drake sees this and breaks into tear-filled laughter, now having a new crippling remark to use other than 'The Spaceghostpurrp Guy'*

Anonymous, click the bolded song title for the MP3.

So, lads, who is gonna do a Canibus blends mixtape of his late 90s acapellas over beats which don't sound like Drag-On b sides?

Canibus reappraisal? OKay. He's still shit. Always has been and always will be.

CANIBUS PRACTICES IN A ROOM WITH 1000 CANDLES LIT
MEDITATING ON THIS RAP SHIT!

The God M.C felt so cowed at steppin' into Canibus' chamber on this song that he had to adjust his style with the "stick my dick in your ear and fuck what you heard" type punchlines and the imaginary of strangling wack rappers with their own lips.