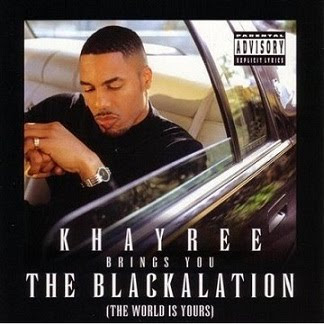 We begin today by hopping in the DeLorean to zip back to the more innocent era of 1997 when wholeheartedly heterosexual west coast and southern gangsta-rappers could use the word cock as a euphemism for vagina without having to postfix it with a NO HOMO! ad lib. Scarface and Pimp C both ruled this roost in terms of sheer volume of AYO!-worthy quotables, but my personal favourite cock-er was Mac Dre, not least because he inspired message board threads like this, but also because his opening salvo of "woke up one morning about 6 o'clock/dick still smelling of spit and cock" from this cut from Khayree's The Blackalation (The World Is Yours) compilation inspires a dichotomy of impulses deep within my loins. Day-in-the-life-of Mac Dre narratives in the company of Khayree production is always a winning combination, especially when it's embellished with such piercing guitar, so just forget Hendrix, Clapton and whatshisface from Led Zeppelin because I want a west coast gangsta-rap guitar duel to the death between Khayree, Quik's string-plucker Robert Bacon and the James Jones fella that Mike Mosley & Sam Bostic used on the C-Bo and B-Legit joints they producer under the umbrella of Mobboss Productions. 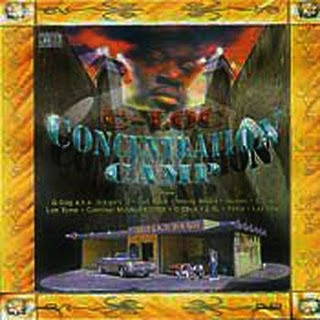 I mean, I like Young Bleed's one legitimate hit How Ya Do Dat with Master P and C-Loc, but I genuinely L-O-V-E the song that beget it, which is this solo Bleed cut from C-Loc's first Concentration Camp compilation that the grand imperial Percy Miller was so enamoured with he immediately signed Bleed to No Limit Records and had him rerecord it as a spruced-up posse track. Here on the less polished original version Bleed's hazy drawl is allowed to ramble freely for near-on 5 minutes without interuption and therein lay the problem with the No Limit roster featuring joints on My Balls And My Word like Bring The Noise : Bleed might have benefitted from rhyming over a beat which Craig B, KLC, Mo B. Dick and even Pimp C all had a hand in (it's hardly Stravinsky's Rite Of Spring in terms of composition so why it required 4 producers remains a mystery) but his voice just wasn't compatible with P's constipated URRGGHHHHH-ing and Mystikal's drill Sergeant barking. It ain't that easy to remain a No Limit soldier if you can't spazz out on a track with a voice which causes the listener to pull inadvertent vinegar-stroke expressions, as Bleed's spiritual heir Curren$y would also later find out. 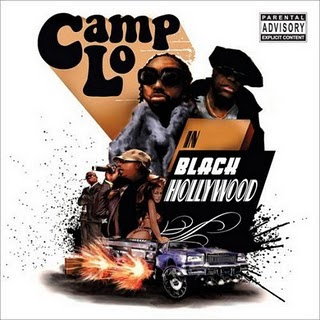 Wouldn't exactly say I'm a hollow shell of a human being too easily susceptible to the influence of rap music, but less than 24 hours after copping We Can't Be Stopped by the Geto Boys in 1991 I'd already re-christened our road the 5th Ward, dyed every denim item in my wardrobe purple, and had my nextdoor neighbour Julie shoot me in the eye with a catapult. Thankfully the influence of Camp Lo proved to be far less dangerous, even if I did waste away evenings looking up words which rhyme with Martini and spunk my student loan on leather bellbottoms and fake fur coats. As "women are shallow jezebels and evil sappers of your bank balance!!!" rap songs go this isn't as relatable as either Gold Digger by EPMD or KanYe, but who listens to Camp Lo for relatability anyway, especially when this might just be the only rap song ever with a replay of a sample that's actually better than the sample itself? I feel like I could take a bubble bath in this song and that's the desired effect of pretty much every great Camp Lo jam. 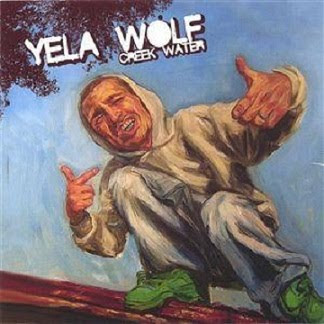 Yelawolf - Ride Down The Highway
(From Creek Water; 2005)

No jokes about why Yelawolf's cartoonist apparently thought he resembled Skinnyman with Bells Palsy back in 2005, plz. Right now in 2011 I'd describe Ride Down The Highway as the highlight of Yelawolf's answer to Eminem's Infinite due to those little details in the lyrics and that almost Flamenco guitar which worms its way into your brain, but by 2013 all blog reviews of rap songs will consist of screenshots of the best Youtube comment section blurb about said song. So, let's hop back in the DeLorean and set the controls for may 13th 2013 to see what the definitive take on the song will be then :

You know, Beats By The Pound, and especially KLC, were great, but they were no Mannie Fresh. Which is why there's nothing quite comparable to 400 Degreez or even Chopper City In The Ghetto in No Limit's catalogue. (Though the fact that they used their best production on the label's worst rappers has something to do with it too.)

Yeah, Beats By The Pound ruled and the fact they were able to suitably ape the styles of so many other producers of the era meant they were the perfect backdrop for the Miller brothers et al.

But did they rule? I'm not sure that the late-Richmond stuff - 99 Ways To Die, High Fo Xmas - isn't better-produced than any BBTP-helmed album.

You fuck with Skinnyman at all? Im liking brits rapping less and less as I get older but Skinnys my dude.

Damn Im surprised how great that Yela song is, got me thinking back when no one took Yela serious, if he was even mentioned at all. It worth my while getting the album then, or is it like Infinite too in how its mostly weak?

I think there's more than enough BFTP joints from the N.O era to qualify them for ruling status, Tray, particularly on Ghetto D and Ice Cream Man.

Done - no, I can't stand Skinnyman. Creek Water isn't exactly great, but it's much better than Infinite. Around 5 or 6 joints on there I really like.

Cool Il check it out so.

God I just listened to 313, which I always saw as Infinite's saving grace and man is it mediocre, with the crowbarring in punchlines and "sweet mc" talk. Everyone talks the AZ influence but listening now I hear more mid period Das Efx nonsense rap, except hes really shit at it.

Take it you wouldnt have been feeling my last 2 posts then! Skinny's verse on 'Twilight Of The Gods' is classic though. Good live performer aswell.

Loooool at the whole cock n vag thing. Always assumed Cube saying "Cinderella ain't gome, must be giving up the cock" was just a bit of a syntactical, er, cock up but apparently not....quality.

"A dichotomy of impulses deep within my loins" made me lol.

The cheap imitation G-Funk synths on Something For The Street are just, well, orgasmic.

Step, I just can't listen to UK rap other than Silver Bullet.

Yeah, that's kind of my point, BBTP did not produce Something For The Street. That's E-A Ski or whoever.

Well, obviously. I was agreeing with you on the cut-price charms of the production of the Richmond era.

On a related note, I love that Husalah says "if she's celibate I'll tell a bitch to keep the cock" on Da Mob because it only adds to the song's effectiveness as the best Mac Dre homage to date.

Speaking of cut-price, I always thought it was incredible that BBTP broke up with No Limit over $50,000. I mean, P was worth, supposedly, nearly half a billion at the time - how much were they getting paid? When they were THE thing propping up the label?

Hah. I never knew it was such a trifling amount. The first rule of being an N.O rap mogul must be : pay the production grunts as little as possible.