That smug face Wiz Khalifa makes when he realises the Max B and DJ Quik & Problem songs he's guested on in 2016 both comprehensively body anything on that last KanYe West album. A face which wears the expression of a man who lost the battle but casually went on to win the war: 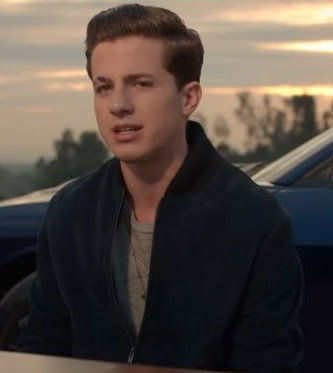 It goes without saying that the track featuring Game would be one of the highlights on this DJ Quik & Problem EP because songs where Game and Problem team up are invariably great, and even Game's pitiful attempt to blow air-kisses at Dr Dre and Drake can't spoil some sun-kissed Quik production that's back in the Rhythm-al-ism zone.

Really doe, where's the reunion EP with DJ Quik that Suga Free was talkin' about on VladTV last year? Why U Bullshittin' is gonna be the greatest trilogy in Rap history if Sug' & Quik both do what they're both 'pposed to and follow up parts one & two with the ultimate fire 'n' brimstone conclusion.
Posted by Kelvin Mack10zie at 15:52

Just what the weather ordered

I almost checked this out off the strength of Quik but then I remembered Problem sucks.

Problem has made a few joints here and there.

Weirdly, he sounds barely recognisable on this EP.

Thanks for hipping me to this. Was close to not listening because Problem is awful, but it doesn't even sound like a Problem EP - I notice all the guest features/Quik far more. Felt like Problem only had 2-3 verses. This is pairing very nicely with the sunshine, though.

Feeling Problem when hes the most chameleoned out. Hes good @ autotune aswell. The real news here is Quik doing a medley of arcade game themes and jazz solos at the end of a banging Tonite remake imo

I think either Quik & Suga Free rly dont get on or one of thems mad hard to work with cos some kinda albums been promised since the late 00s.

Suga Free said it on VladTV so he can't change his mind now! Them's the rules.