Let's not bullshit here: no straight man would ever sport a mohawk or willingly attend a German rave, thus it's been one of the worst kept secrets in rap for close to 20 years now that Afrika Bambaataa has a penchant for dick. What does come of somewhat of a surprise, however, is that Bamabaataa allegedly has a penchant for dick that's 13 And Good. Who's down with the S.P.M via Ken Kaniff? Afrika Bam-B! The founding father of the Universal Zulu Nation buggering young boys - oh the humanity! 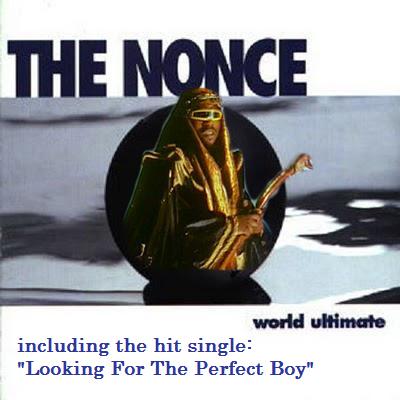 Always said Jonzun Crew's first album was better than Planet Rock or any other Bambaataa song me, m8. Moral of the story here: never trust hip hop enthusiasts in Star Trek sunglasses who invite you around to their homes to show you Incredible Bongo Band raer vinylz.

In the (unlikely) event Bambaataa is innocent of being the Jonathan King Of The Beats then, yo, no shotz - it was just bantaa.
Posted by Kelvin Mack10zie at 13:55

Finally something good has come out of the Nonce album lol

Bambaataa being a nonce is basically the final nail in the 4 elements' coffin.

Let's just take a moment to reflect that hip hop kulcha was created by a man who tried to trick his own sister into paying for his kidney stone operation, a serial nonce, and a man who thinks Blur's Song 2 is a banger.

lol whos the last one, Flash?

I wonder how many actually listened to Coldplay irl, you cant deny Kevs sincerity at least

Currently unconfirmed whether he has Dodgy's Good Enough in his crates.

Zulu Nation is finished after this.

radio two breakfast show the holders of the boulder

Red Red Wine into Alright is Flash's idea of bashment.

So, is the Zulu Nation now hip hop's equivalent of the Gary Glitter Appreciation Society?

Is there any evidence to substantiate this latest bout of nonce sense or is this like the "Lady Gaga has a penis," "There's a ghost in 3 men & a baby" and "Das Racist are rapists" stories?

Das Racist were definitely rapists. That's why they immediately split up after the allegations emerged.

I hope this isn't true.

The Zulu Nation are gonna need a new motto if Bambaataa gets found guilty.