"What kinda women gives her number to a man with a du-rag on?" indeed 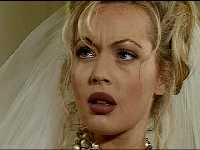 Just discovered a new sub-genre of Soundcloud alt-R&B where aspiring fake-Aaliyah singers remix A-Wax songs to sound like sanitary towel commercials. I shit you not, get a load of this Trust Issues remake by some wench called Analise:

Analise must be the Pie-RX Boyz equivalent of what Kehlani is to HBK Gang because Non-Stop Da Hitman re-produced this and she even has a song with A-Wax. Presumably Analise must not approve of Husalah's paperwork now she's livin' in P World, so stay tuned because she's due to start remaking Rat Poison Volume 1 deep cuts by july.
Posted by Kelvin Mack10zie at 19:38

Email ThisBlogThis!Share to TwitterShare to FacebookShare to Pinterest
Labels: bay area, not-rap, rap, why you wanna do that luv huh?