It woz son wot done it 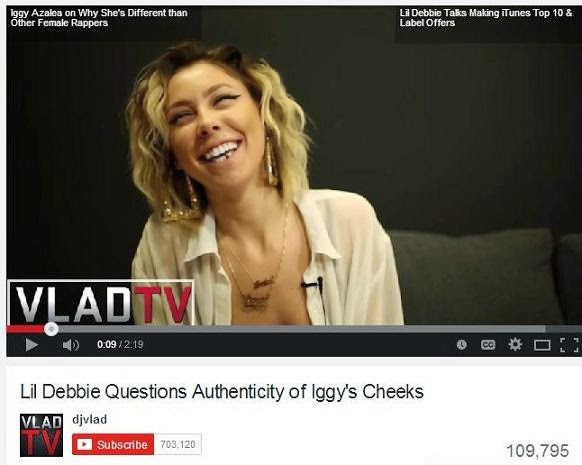 If you're old enough to remember t'days when DJ Vlad was just another whigga DJ threatening to beat the shit out of anyone who'd caught him sock-puppeting up hype for his own mixtapes on rap message boards back in the early noughties, then you'll know that it felt like poetic justice when Vlad finally found his true calling in life as the Perez Hilton to Miss Info's TMZ after getting the shit beaten out of him by Rick Ross during an early VladTV interview in 2008.

Here at The Martorialist we respect the sort of petty gossip-mongering with which Vlad plies his trade, but we don't indulge in such mucky business ourselves. Therefore, you won't be seeing us use this post as a cheap excuse to ask whether there's any correlation between Rolling Stone magazine insinuating that the girl who was gang-raped at the University of Virginia is a liar, and Rolling Stone magazine now employing one of the SPIN magazine staffers who helped hush up the Das Racist sexual assault allegations of 2012.
Posted by Kelvin Mack10zie at 11:17

I for one can't believe Das Racist still haven't been brought to justice.

Are you saying Spin/Rolling Stone have the power to hault police investigation? You mean a woman made a formal complaint to the police and a magazine hack was able to terminate it? Wow! Rap journalists be mighty powerful.

LOL. Weiney hasn't said a word on Twitter since the R.S article.

I need to watch the video in that screengrab.