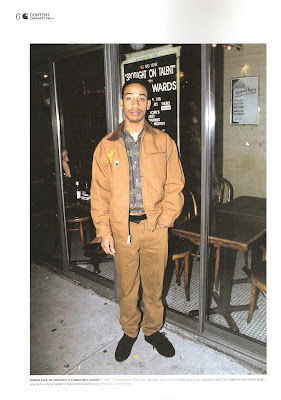 Irrefutable highlight of the autumn/winter 2011 issue of the Carhartt Europe* magazine has to be the piece about the brand finding favour with kewl black ppl around the turn of the 90s, which examines just how the legendary Tommy Boy Records brown duck jackets that were embroidered by Shaun Stüssy came into being. Since the stats indicate that 80% of this blog's regular readership is non-European (shout outs to the dude from Qatar!), here's the entire article including the mag's intro pic page where Prince Paul managed to nullify all exclusive swag the jacket had bestowed upon him by tucking his shirt into his jeans; wrong move, son! 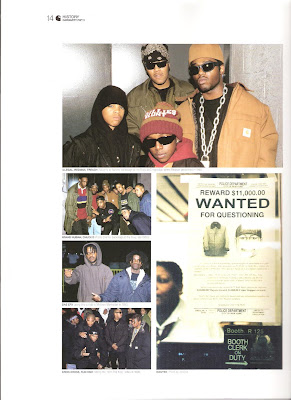 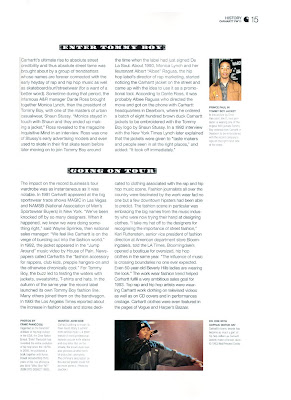 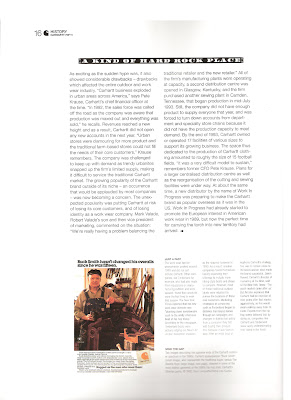 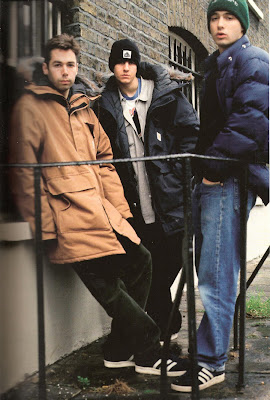 The winner in this last pic isn't the Anchorage Parkas, the vintage pairs of Adidas Campus or even Mike D's Knicks ringer tee he famously wore in Glen E. Friedman's Paul's Boutique promo shots and the So What Cha Want video, but Ad-Rock's Pervert beanie. You might say that Pervert was the Money Boss Players of Streetwear in that it was only active for a few years during the 90s but proved to be highly influential. Is there any truth in the rumour that Don Busweiler folded Pervert to pour his profits from the brand into forming a religious cult? I still dont know because the internet is still severely wanting for any real documentation of Pervert beyond this Geoff Heath interview, scans from old issues of Thrasher and the gear spreads from Phat Magazine Gwar upped, and the few deadstock t-shirts which'd been festering in the Bond International lock-up for well over a decade that turned up on their website a couple of years back. What the dilly, yo?

holy shit Phat Magazine! Was beginning to think I bought the only copies as no one else I chat to seems to remember it. Thanks for the link.

You fux with the P Brothers/Money Boss Players tunes? At the time I thought they were elevator music but I've since heard Ghetto Chronicles Daily and suspect I may have been bugging. Im definite in wishing those Cappo beats couldve been put to better use though.

Blam Blam 4 Nottingham, Cold World and Boss Money Gangsters were all great, Done. The other one where they rapped about wearing True Religion jeans, not so much.