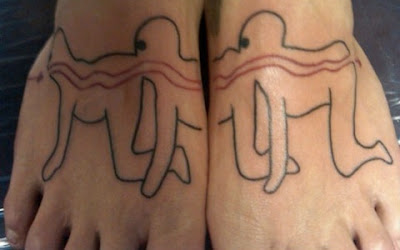 A 3 song epilogue to the Concentration Camp compilation on some ‘..and here's what they did next!’ type shiznit.

AKA the proto-Lugerian galumpher with the "I'm so cool I walk slanted like fat people's shoes" line from Max's Me And My Hustle debut which was then enhanced by a Mystikal guest verse on the remix from his I'm All I Got sophomore effort. Rap songs with baronial synthesized tuba operating as a tank looking for a battlefield to roll on are always welcome in this here kingdom, but the Thug Thang remix is only that album's second best track after Martorialist favourite My First Verse.

Before the national success of Zoom and the Wipe Me Down remix, Boosie would spend the downtime between his masterpieces with Webbie recording co-billed projects alongside local Baton Rogue groups like the South Coast Coalition album that featured the Ecko headbands 'n' moonshine whigga-rap classic Murder Man Dance, and the compilation with the Lava House collective which this cut is taken from. The single Do The Ratchet is the go-to joint off this album, but Bow Ya Head (Real Shit) is its sad-rap classic and since Boosie never rapped over any Isaac Hayes, the ersatz computerized Do Your Thing horns on this will have to suffice as the next best thing.

Consistency is the key word with this one : it picks up right where the last Concentration Camp album Thuggin' From The Inside left off, Boosie may have long since departed for pastures Trill Fam but his spirit still lingers since the song is named after one of his favourite aphorisms and, much like the most illuminating 'net discussion of the Concentration Camp albums is found in old Amazon reviews, the Break It Off album Drop Your Nuts comes from is best documented online with a MySpace review by an autistic gentleman called FrankieThaLuckyDog who charged $15 per post. I'd try and procure his services for some guest posts, but a quick Google search reveals that Frankie has now moved on to the more prestigous world of vlogging.
Posted by Kelvin Mack10zie at 08:56

Is that a real tattoo? o_O

Is that Lava House album worth checking?

frankie is a star