Consider this post a secrete hub where you can recount your experiences of being dragged to see Get Him To The Greek by your Russell Brand-infatuated chicks and ending up sorta enjoying it for Puffy's turn as Sergio Roma, before I offer you 2 forgotten mixtape songs by Black Rob and Boyz 'N' Da Hood apiece in the hope that you'll school me on some Bad Boy South era 8Ball & MJG mixtape cuts in return or even hook up that damn Live At The BBQ 2007 Bad Boy posse cut I'm still after.

AKA the Phil Collins-sampling track Heavy D resold to Beanie Sigel for Feel It In The Air and the song which later became more widely known as Live From The Eastside on the Return Of Black Rob 'tape. Beanie's adaption was, arguably, the most remarkable emo-rap single of the last decade so that's the superior song of the 2, but Rob's heavy-hearted autobiographical tale works in its own right and the subtle differences in production mean you can enjoy Permanent Scars as a seperate entity, or, at the very least, an intriguing, seldom heard side-alley. Really wish Beans had hired trill Phil C to mean-mug in the Feel It In The Air video like Bone did with Home.

As far as Neptunes facsimiles go, this isn't quite as brzaen as Stuntastic by Yukmouth, Sav Out by Turf Talk, Sour Diesel by Byrd Gang, or Scared Of Monstas by Curren$y, but it'll definately feature in the ‘Songs Which Sound Like They Were By The Neptunes, But Weren't’ playlist I've been meaning to assemble whenever I get around to it. The highlight of Clinton Sparks's Maybe You Been Brainwashed tape, this is the type of club banger song Noo Yawk rappers plain forgot how to make for a good duration of the last decade after the Tunnel closed its doors. I hope B.R's Duck Down tenure produces music which is more Monkey Barz than Jesus Price Superstar 'cause the absolute last thing that label needs is another 90s rapper over quotidian 9th Wonder beats.

Inbetween the Jeezy incarnation of Boyz 'N' Da Hood and the Gorilla Zoe manifestation of the group, there was a brief BNTH 1.5 after Puffy catapulted a bag of money at Wayne to get him into the studio with the intention that he'd replace Jeezy on their sophomore album. Label politics put pay to that Diddy pipe dream, but the fruits of their studio session appeared on DJ Drama & Bad Boy South's head honcho Block's Welcome To My Block Gangsta Grillz 'tape in 2006. BNTH's charm was derived from them being a no-frills ATL gangsta-rap group in an era when such a thing was hard to come by, and, man, both these cuts are even 'arder than the imperial Trap N*ggaz from Jeezy's interim with the lads.

Did anybody else think Jody Breeze was a chubby teenage lesbian rapper when you first saw him in the intro to the Dem Boyz video? 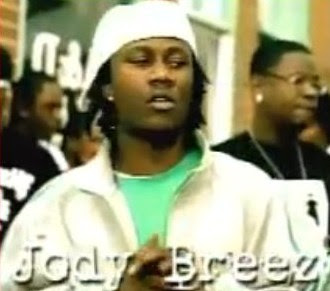 another fake neptune, this shit had me rollin:

ha i have to say them kay slay drops in permanant scars take you out of the vibe somewhat, but yeah rob needs to make album asap before he gets sent up north again.

Wft is that White Boy song? Nobody with a 'fro like that can be a cracka, surely?

thats only one of the many weird things about that video, along with them showing tits at one point despite censoring them for the rest of the video.

had to watch get him to the greek on dvd, got jo my booky wook 2 for xmas.