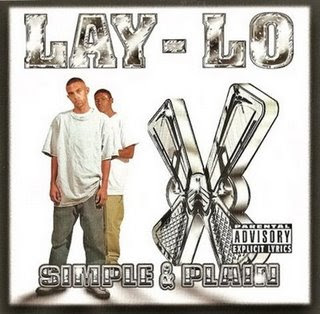 Came up on this 1999 album by Louisiana duo Max Minelli and J-Von from the Concentration Camp click a couple of years back when perusing Discogs for Young Bleed's guest appearances and it turned out to be a Baton Rogue gem with hazy classicist country-rap production by the bizarrely nom-de-plumed Happy Perez. I can't tell you much else about the group other than Max Minelli also featured heavily on Bleed's My Balls And My Word and Lil' Boosie's Youngest Of Da Camp debut before going on to carve out a very respectable solo career with the Me And My Hustle album being pretty essential if you dig this kinda thing, so let's just say this : if you're a fan of Young Bleed and Boosie & Webbie's 2 albums together or standard country-rap deities like UGK and 8Ball & MJG then this one will be right up your boulevard. 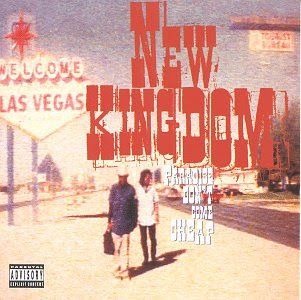 Back in the Wu, Mobb, Biggie 'n' 'Pac and old-skool revival obsessed days of 1996 these guys were just too strange to fit in anywhere. It's not like there wasn't weird-rap back then too, but it fell into 2 distinct camps : Kool Keith projects (mostly still good at that point) or drooling dreadlocked vagabonds rapping about how their third eye was a lyrical spherical emperial miracle over tepid trip-hop (bad, very bad); thankfully, this Brooklyn duo took an altogether different approach by firing gamma-rays at Redman's quasi-psychedelic Dare Iz A Dark Side album until it mutated and Hulked the fuck up into a full-on gnarled rap version of early Funkadelic/Hendrix. Mexico Or Bust was one of my favourite singles in a year which included alltime classics like Daytona 500 and Elevators, and Animal is some fuzzed-up and funked-out Maggot Brain type shit with one of the best opening lines you'll find this side of Shook Ones. Noz posted an excellent reappraisal about these guys recently but the general rap-nerd blogosphere still hasn't caught on yet, so I'm guessing it's pencilled in for 2011 right after we've all decided that Tricks Of The Shade by The Goats is better than AmeriKKKa's Most Wanted and Only Built 4 Cuban Linx? 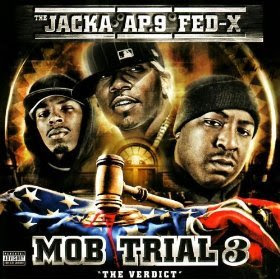 Last year's Mob Trial 3 : The Verdict album is pretty much your garden variety cobbled together Mob Figaz compilation : a couple of good group tracks, a grip of filler, the obligatory barely audible interviews set to beats and 2 incredible solo joints. These albums tend to appear at a rate or about two per year and, unless you're a Mob Figaz die-hard, you probably don't pay them much attention but they're always worth trawling through to fish out those couple of joints like these 2 stand-out moments here, which are both on that late 80s Ice-T sinister-synth steez we talked about a while back; AP.9's jam is a good ol' fashioned Bay Area standard about killing snitches, while Jacka's song is little more than a handful of vocal samples and sound effects with a quick Jack' verse which sounds like it was written and recorded in under 10 minutes that, combined, somehow manages to amount to some stone-cold classic Mob shit. Bring on Tear Gas. 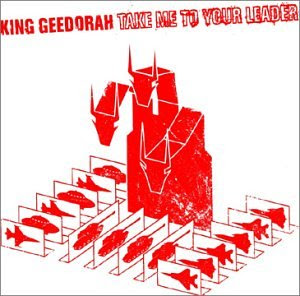 I recently read a DOOM message board thread where a bunch of dudes were comparing and contrasting Born Like This with his previous releases before the discussion broke down into an eyewateringly inane back-and-forth between 4 plebeian arguing the merits of crap like the Vaudeville Villain albums or the godawful DangerDoom long player. The thread finally petered out after 8 pages without a single mention of Doom's King Geedorah album from 2003 and this absolutely appalls me since it contained some of his best work since I Hear Voices. I mean, sure, it was a patchy overall producer-album affair with a couple of great beats wasted on tracks which were beds for corny monster movie samples, and the much heralded Arrow Root instrumental was nullified by those unworthy backpacker dullards Scienz Of Life, but the album still featured 4 cuts of Dumile gold in Fazers, Anti-Matter with Mr. Fantastik, Final Hour and Fast Lane with Kurious. In a desert island disc scramble for DOOM discs, after Operation Doomsday I'd take this CD for those 4 songs over Madvillain or Mmm.. Food in a Lindsay Lohan cocaine heartbeat every damn time.
Posted by Kelvin Mack10zie at 12:51

Dope tracks are really dope, the others are quite forgettable.

His nonchalant "....yeah, and?" after the "his own biggest fan and got a fanbase as big as Japan" line is one of my favourite Doom moments.

No Snakes Alive has to be one of the most unlistenable songs i've ever heard.

I actually like No Snakes Alive, though I prefer the original mix which was on that Doom/Grimm EP.

were the goats actually italian? the only thing i can remember about them was that they had a skit about guidos

Hah, that's the version of No Snakes Alive i'm thinking of. I've never actually listened to the version on the K.G lp and just assumed it was the same.

Brad, they were 2 black guys and 2 native Indians if i remember correctly.