OH YES THEY DO! 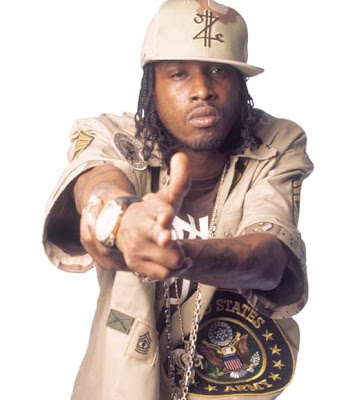 Back in 1995 when the majority of New York rappers were wandering around in godawful fatigues and Timbs, The Luniz were lookin' especially dipped in fresh gear in the I Got 5 On It video. Fast foward 8 years to 2003 and Yukmouth was geared up in generic NY garb and rhyming about clobber you'd usually associate with Dipset (Dapper Dan in the Bay?) on Stuntastic. Small beef as the song banged regardless, with Dame Grease lacing Yuk' with maybe the best Neptunes rip-off you're ever likely to hear. 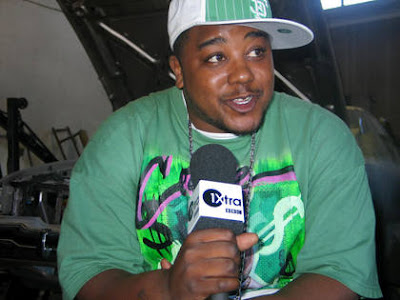 Turf Talk featuring Jelly Roll & Cartoon - Back In The Day

If you want a better represenation of Bay area fashion then look no further than Turf Talk. It's difficult to decide whether to go for the obligatory gear-track on Turf's debut The Street Novelist or the one on it's classic follow-up West Coast Vaccine : The Cure so we went for both. 24 Feeling Way O.G is the track from where the immortal "..wasn't shit without a Michael Jackson coat" adorning this blog's banner comes from and Back In The Day has a song stealing cameo verse by Jelly Roll which ends in one of our favourite couplets ever as Jelly reminisces about the times we was "either on the handlebars or the back of the pegs/shootin' an uzi tryna keep the curl bag on my head". 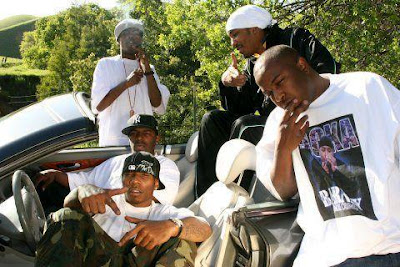 We're cheating with this one here as Mob Figaz use the word fashion to describe their demeanour in the streets rather than the contents of their wardrobe, but it does include references to clothing like "I pack the tek-9 in the waistline of my Polo's, no doubt/with a mob coat so the white folks can't see it bulging out" and and they rhyme "bulletproof glasses" with "mob fashion" and "tommy gun's blastin'" on the chorus so we're sneaking it in here anyway. 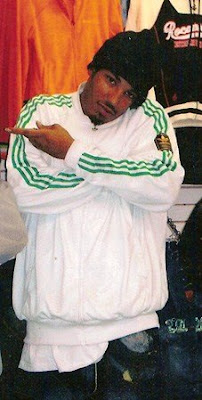 It was tempting to go for So Ill, So Dope here, but sometimes the obvious choice really is the correct one since Gear is Hus's ultimate garms-joint lyrically and a far superior song in pretty much every other way. It's comforting to know that Hus' hits up eBay too and while we don't quite agree with him when he states "I don't love bitches, I love sneakers/British Knights and Filas, Jam Master Jay Adidas" we appreciate the sentiment all the same. Not quite sure about the "shockin' Stan Smiths with 501s", though, because they're some baby-momma kicks and a pair of butta suede States or Clydes would be a far cleaner look with the same silhouette (no homo.)
Posted by Kelvin Mack10zie at 14:46

If i'm counting Mob Fashion then, yeah, can't deny that too even though both aren't technically gear-tracks.

I was on the back of the pegs