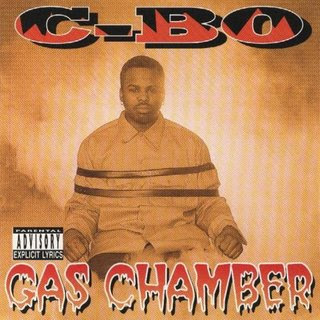 C-Bo : one of the greatest living human beings alongside Daily Express racing tipster Computerman. After discovering him via his Mob Figaz connection I copped a bunch of C-Bo albums on the cheap off eBay strictly on the strength of whether I liked the cover or not and since the one for 1993's Gas Chamber set kinda reminded me of Shocker this was the first CD of his I scooped up. The album itself is somewhat of a Northern California G-Funk classic and features one of the definitive C-Bo tracks in Realer Than Real, while the very 'Cube-esque Bald Head Nut, fortunately not an ode to wanking over Gail Porter, is a thorough detailing of his trife exploits, though one assume he must have been plagued by a bout of alopecia himself during recording as he has a full 'doo on the cover. 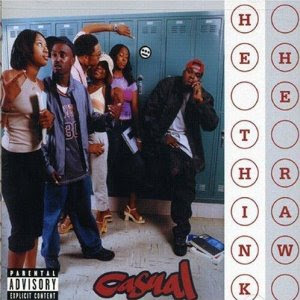 Casual - I Gotta (Get Down)

Here at The Martorialist we consider Casual's debut Fear Itself to be the Hiero equivalent of Only Built 4 Cuban Linx so it was fitting that, after a couple of late 90s follow-up singles which included bangers like Turkey And Dressing, I Gotta (Get Down) and Turf Dirt, his long-awaited sophomore set He Think He Raw was a disappointment of Immobilarity type proportions. Turkey And Dressing didn't even make the album for reasons I still can't fathom and the aforementioned other tracks from the singles were, to put it politely, on a whole 'nother planet to the rest of the shite on the album when it finally materialised in 2001. I Gotta (Get Down) gave us one of Casual's most LOLlerskates inducing lines in "When i fuck around and be rippin' off the top like a rapist" (rape isn't a funny subject, obviously, unless you count when Robson got arse-raped with a spoon in OZ) and should be nestled in any self-respecting rap-nerd's top ten favourite Alchemist tracks, while Turf Dirt found Cas' cussin' out the type of stank hoodrat we're actually rather fond of over the sort of stark thumper which'll always make me go "ahhh, Sucker M.C's. 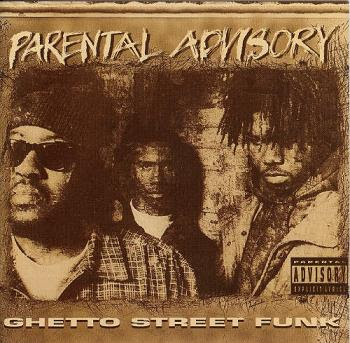 Mostly known for being the first album Organized Noize helmed before they went on to produce OutKast, TLC, Goodie Mob etc and having a song playing in the background of an interlude on OutKast's debut, Parental Advisory's first album is actually quite a dandy little release which deserves more love than it currently receives. There's a lyric on Ghetto Head Hunter where the Dres sounding one raps about trying to find his identity as an ATLanta resident amongst his east and west coast peers by asking "Grand Puba or Eazy E - you confused, yo?/I look for skinz and still be cruisin' in a six-fo'" which almost manages to capture the entire steez's of both Parental Advisory and OutKast in a single line, but I guess a more mundane comparison would be Black Sheep-meets-Above-The-Law-And-RBX-through-the-eyes-of-an-ATLien. Ghetto Head Hunter is the song from the 'Kast interlude and, predictably, it's the best track on here; Manifest, meanwhile, is one of the innumerable great rap songs with the word Manifest in its title and includes the lyrical gem that is "those who front are like cunts : they must get wet". Sounds like a philosophy to live by, doggie.
Posted by Kelvin Mack10zie at 11:20

Yeah, I remember a lot of heads being upset that this track wasn't on "He think...".

Was NOT feeling this album when it first dropped, but later went back and found some gems (Studio D, the tracks you listed), while others grew on me (New Wave Freak)

I shall dig my copy out and give Studio D a listen.