I hate smart chicks but i love brains # 3

Alternative title : Suzi And The Broadbandshees. 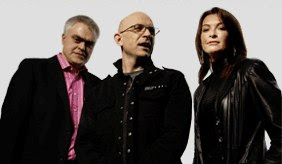 Thank fuck Jason Bradbury announced that Suzi Perry is finally return to The Gadget Show next week in last night's episode. Streetz been missin' you, baby, and your replacement Gail Porter (who should be held directly responsible for ushering in an era of utterly braindead bints like Fearne Cotton) was bad enough with hair so she's utterly intolerable now she's got the Goody chrome-dome. Why didn't they hire my favourite low-brow satellite channel presenter bogtrotter-babe Suzanne Cowie as Suzi's temporary replacement instead? It would have made perfect sense since The Gadget Show is basically a dumping ground for ex-Trouble presenters like Jason and Ortis.

Anyway, we have mad love for Suzi here at The Martorialist for a variety of reasons, with the principal one being that she looks exactly like some bird in a Razzle Romp which we nicked from our old pal Bate sometime in 1996 or 1997 : 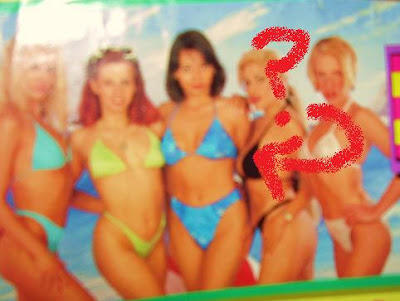 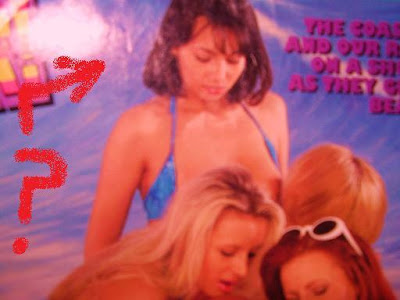 Here's a pic of Suzi in her bikini as a comparison : LOL, my wife's name is Suzi Perry, well that was her maiden name. She has bigger norks too.

Streetz is waitin' for them editor's wives pix on Fat Lace, b.

I fucking hate Gail Porter but watching The Gadget Show I realised she's actually packing some booty meat. Put a wig on her and I'd go rowdy on that.

Suzi Perry is a Goddess amongst bitches.

I honestly thought Gail Porter was pregnant in her first episode.

Do you reckon they put make-up on Gail Porter's head to stop it from shining?

They need to put some fake-tan on her chest 'cause when she wears them tops with the plunging necks she has terrible bra tan-lines.

Titties that are half brown/half pasty aren't trill.

I hate Suzi Perry on the gadget show. I hear from a show insider he always has win the challenges or she gets all stroppy. Also she fancies herself way too much - she's a minger!

You are so right, she thinks she's a babe but come on love, at 40 you should learn to act your age.