My posts cost more than your house 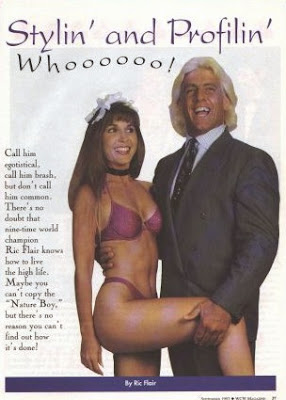 Smoke DZA made a song out of Ric Flair's entrance theme AKA the Richard Strauss symphony from that silly Stanley Kubrick movie which is only notable for inspiring John Carpenter to make Dark Star as a riposte:


You knew your boy Marty AKA Haan Anderson AKA Toolie Blanchard was gonna ride for this one, huh?
Posted by Kelvin Mack10zie at 10:35

Whoa, whered all the bland go?

Thanks for putting me onto Dark Star way back when. Carnivorous space hoppers ftw, all praises be to allah.

2001 is such a minor work compared to Icarus XB 1, Solaris, Dark Star, and Alien.

The episode of Flair For The Gold where Vader starts flipping tables over after he asks Fifi "who the man?" and she points to Ric is no longer on YouTube. SMH @ the internet.

Came in to ask why the hell are you posting Smoke Dza songs, but this is actually tight.

You can't go wrong with rapping over Flair's entrance music + samples of Flair stuntin', but, yeah, he definitely did his thing on this.