Mama said B.G. Knocc you out

B.G. Knocc Out & Dresta, in case you don't remember, were the half-brother (same mother, different father) Crip duo most famous for appearing on Eazy's Real Motherphukkin' G's (1:13 to 1:20 with the Dresta "Damn, E, they tried to fade you on Dre Day" to Eazy "But Dre Day only meant Eazy's pay-day" exchange is a top ten ever moment in a rap video) and beginning their career proper with a dis track aimed at Tha Dogg Pound, who'd fired a retaliatory shot for Real Motherphukkin' G's on What Would U Do? in 1994, with D.P.G K, a fairly unfancy acronym for Dogg Pound Gangtsta Killaz.

Tha Dogg Pound - What Would U Do?

Not exactly one of the more famed battles in rap, but the comments sections for both these videos consist of page upon page of fans of both groups arguing the toss over who was the most gang$ta, usually by the way of questioning each other's sexuality and casting aspersions about the mothers of the rappers in question and anyone else who happens to have commented, which sure as hell beats another HAY GUYZ - DID N*S BEAT J*Y-Z? internet discussion by fanboy fags. Anyhoo, B.G. Knocc Out & Dresta also had another single Jealousy but that was the audio equivalent of a seagull shitting on your ice cream cone so let's just quickly erase it from the annals of history altogether before we aim our sights at their one and only full length 1995 LP, Real Brothas, which wasn't half bad, y'know. 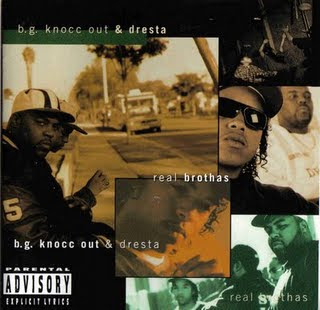 Here at The Martorialist we worship at the altar of the letter G : Grammatical errors in song titles, Spoonie Gee, Gina G when she wore hot pants on TOTP, the O.G LP by Ice-T, Kool G. Rap, The Time Machine by H.G Wells, Huntsville rappers like G-Side and G. Mane, Sienna Miller as The Baroness in G.I Joe, every single rap song with G in its title ever..pretty much any G you can think of, apart from dullard warblers G4 and appalling sub-Diesel eurotrash brand G. Star Raw. Both brothers were allocated a solo trackapiece on the LP and, although i'm fonder of Dresta's straight-to-the-point bluntness, B.G Knocc Out's Who's The G's is the better tune. That's fair enough really since B.G. the Baby Gangsta (who possessed one of the top three jheri curls in rap history) was supposed to be the group's Jerry Dandridge with Dresta playing the Billy Cole enforcer role.

"That's my lil' brother, that's my dawg, that's my n*gga
I'm the big brotha 'cause i'm older and I'm bigger"

"Trust no hoe or no man
Shit, can't even trust each other
And even though i love her, it's hard to trust my mother"

"Never had a daddy, damn right I'm a bastard
Momma was my daddy 'cause daddy wasn't a factor
Don't feel bad because i don't need a dad
It's like this, i can't miss what i never had"

"My and my brother Knocc, he doin' damage in the 90s
I was down straight from '88 up to '9-3
That's was like 5 years my little brother didn't have big bro'
Around to lead him down the right path, yo
But I'm back out and we tighter than we ever been
Tryin' to make some ends so we can go where we never been"

Bittersweet breakdowns of a non-nuclear family bonded by untraditional love and a striving for a better life precipated into profound prose PLUS synthesized quasi-Funky Worm G-Funk production? You're not worthy.

Since the two previous tunes are breezy G-funk it seems fitting to end with a more brooding closer. From the twlight of their LP it's the album's One Less Bitch and it works as an ominous cliffhanger foreboding the tragedies B.G. Knocc Out and Dresta would go on to expereience in the 14 or so years since where they saw their mentor die of Aids, their career fail to reignite and B.G. Knocc Out spend around 10 years in total locked up for an attempted murder charge and a subsequent parole violation.

A bit of a depressing way to finish this post, one supposes, but as they've both formerly renounced their gangbanging, appeared on a beef-squashing song with Tha Dogg Pound a couple of years back and haven't died from a deadly disease like Eazy it isn't all bad, is it? Chin up, lads. 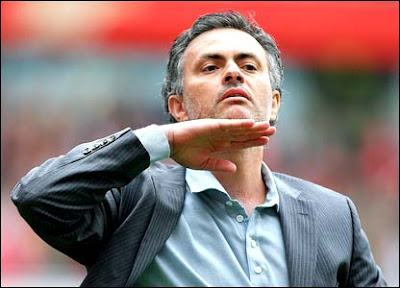 never knew these guys did anything other than 'real motherfuckin g's'

You REALLY need to drop that info somewhere.