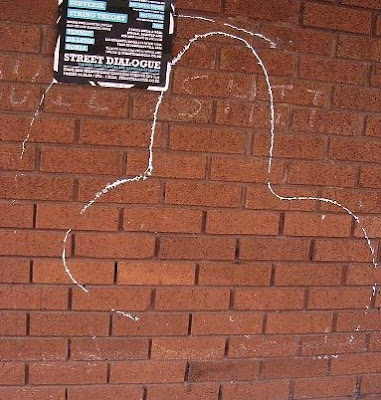 AKA movie soundtracks bought for some amazing songs you heard in the movie which didn't actually feature the aforementioned amazing songs on the soundtrack album, which you only realised after you'd shelled out for the album. 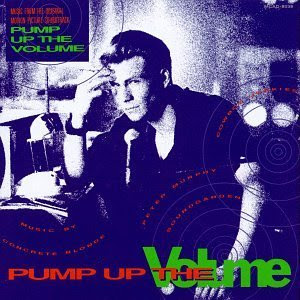 Christian Slater's suburban pirate-radio outing was notable for a variety of reasons : being the only good flick Slater made inbetween Heathers and True Romance, managing to make Samantha Mathis look foxy in a get-up usually seen on mangy Neds Atomic Dustbin fangirls, inspiring a generation of teenagers to procure 2nd hand CB radios and its superb eclectic soundtrack which featured everything from Ice-T to Leonard Cohen. However, the MCA Records drone who was responsible for collating songs used in the flick for the official soundtrack deserved to have Van Damme circa Hard Target set on him : Harsh, but then me ordering a copy of this for £15 back in 1991 only for it to arrive and be minus more or less all all the key songs was harsh too.

Where were the songs i'd bought the bloody thing for? Weinerschnitzel by The Descendents, the previously unreleased Scenario by The Beasties, Love Comes In Spurts by Richard Hell & The Voidoids, Hello Dad, I'm In Jail by Was Not Was and Everybody Knows by Leonard Cohen were crucial songs in the movie yet all of them were absent from the soundtrack. Such ridiculousness is akin copping the Reservoir Dogs soundtrack (still Tarantino's best movie, though Inglorious Basterds is a storming return to form after his series of bitchmade chick-flicks post-Jackie Brown) only to find out that Little Green Bag by The George Baker Selection, I Gotcha by Joe Tex, Stuck In The Middle With You by Steelers Wheel and Coconut by Harry Nilsson have all been omitted.

All i was left with for my £15 were songs i already had by Above The Law and Sonic Youth, a throwaway exclusive by the otherwise dependable Soundgarden, the well-intentioned Rollins & Bad Brains version of Kick Out The Jams, which wasn't exactly a cover of the War Pigs by Faith No More calibre, and a bunch of snoozers by The Cowboy Junkies, Peter Murphy and The Pixies etc which aren't even worth hyperlinking.

Pick of the missing songs : 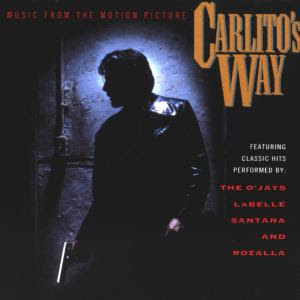 Pretty damn good soundtrack too, with the movie first exposing me to tunes like Got To Be Real by Cheryl Lynn, Oye Coma Va by Santana, Backstabbers by The O'Jays, El Wattusi by Ray Barretto, and Lady Marmalade by Patti Labelle. But, again, half the songs featured in the movie were nowhere to be found.

Most of the AWOL songs, predictably, were the Salsa flavoured Latin ones such as Che Che Cole by Willie Colon, El Todopoderoso by Hector Lavoe & Willie Colon, and Muñeca by Eddie Palmieri, but in the pre-internet days when a cracker from the United Kingdom didn't know a Tito Puente from a Tito Jackson, it was difficult to ascertain which Latin song listed in the movie's end credits was which, making it near impossible to title one particularly boisterous unaccounted for tune used in the scene when Carlito first visits Saso's club until years later, when a mate bought Jeremy Marre's 1979 documentary on Salsa in NYC featuring Tito Puente performing it live at a south Bronx street jam, thus finally confirming it as Para Los Rumberos by Tito Puente.

Pick of the missing songs :

I know i wasn't the only one who was sorely disappointed that this wasn't on the CB4 soundtrack tape :

Email ThisBlogThis!Share to TwitterShare to FacebookShare to Pinterest
Labels: Favourites from the flicks

Shit is annoying like when a greatest hit package is missing the ONE song you think should be on it.

The old mobster guy who comes to see Carlito at the club with Tony's goomba son is the best minor character, imo.

That'd be the character known as Pete Amadesso, James.

Carlito : Pete Amadesso walks into my club just like that.

There's an angle here. Pete's a made guy.

His uncle's a heavy hitter
with the Pleasant Avenue bunch.

Maybe he's watchin' me, seein' if I break.

Waitin' for me to panic.

They still don't know for sure
if I was on that boat.

They think, but they don't know.

'Cause if they knew, I'd already be dead.

the only thing about some of the disco tunes from the c.w ost is that they've now become hen party faves