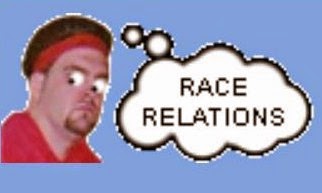 Obligatory wrap-up post of those songs I've played most during the month when KanYe West and Kid Cudi argued about who wore skinny jeans first. The Cool Kids #actually predated everyone on this tip, and I'm 100% positive of this because of a 2007 message board thread about them where Will High was horrified to see rappers wearing tight kecks. That thread and the old Cool Kids MySpace page are long since lost to internet redesigns, but the Black Mags video from 9 years ago lives on as proof.

Other notables: Mozzy's Messy Murder Scenes, Lil' Chris' Public Housing and DJ Quik's Black Friday are all songs I like but have to be in a certain mood for; Go Crazy is the only one of those 3 new T.E.C & Maine Musik songs I kinda dig and I'm far more excited about a possible sequel to Social Media Gangsta; Chinx's Crown Royal is the song French's Ocho Cinco should have been; Nef The Pharaoh's new mixtape doesn't deserve to be thought of a anything more than a bunch of songs which weren't good enough to make his album; Always Something has been my shit but the rest of A-Wax's new LP Pushin' Keyz sounds pretty stale and he should probably take a break from using Non-Stop as his main producer.
Posted by Kelvin Mack10zie at 10:26