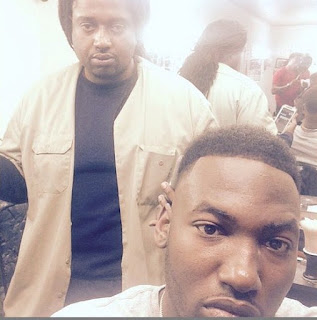 Enough rapper deaths this year already. If God really exists then why is he not taking some of these indie rawk and techno wastemen back to the essence instead? What purpose do Pete Doherty or Richie Hawtin serve in 2015?

Truth be told, I wasn't a big Young Ready fan, but he was involved in a handful of songs that I do love and I'll definitely miss his opportunistic beefing with practically every other Baton Rouge rapper bar his boy Mista Cain, his mentors C-Loc & Max Minelli, and Boosie, with whom he shared a baby momma. Here's 3 songs to remember him by:


Young Ready - Put Yo Money Down
(From Junkie Medicine compilation; 2006)


Young Ready from when he was young foreal. "I'm the snake eyes that gets rolled right out the gate, so your old lady gets passed like collection plates."

Ready's best song and for that we should thank Mouse On Tha Track's bassline + Tha Camp 2.0's ability to present such a convincing case for wearing johnny hats. Very apt that a handwritten letter from Young Ready is one of Frankie Tha Lucky Dog's treasured possessions because it was via Frankie's old MySpace page that I found out about Ready's Break It Off! album with C-Loc & Max Minelli back in 2008.

A Mista song that Ready claimed as his own when Mista got sent down for murder. One of the hardest songs of 2012, which was no mean feat considering that was the year which gave us Gunplay's Jump Out and Fam-Lay's Clap Clap.
Posted by Kelvin Mack10zie at 10:41

This bloke made a song about johnnies that's so damn good that it temporarily makes me forget that wearing johnnies is minging.

That cunt from Maximo Park or Johnny Borrell would do.

R.I.P. These songs are solid does he have any other stuff worth checking for?

His shit was very patchy, imo. The song linked above his photo and the remix of Mista's Going Down with him and Level are the other songs I really fuxwit.

Gotta respect him for always having his hair on point ever since that Tha Camp album, though. I appreciate a rapper who makes an effort.

Foxx kinda ripped him and Mista on Shut Up during their beef.

The most fucked up story involving Baton Rouge rappers has gotta be the one about Dhat Fam & Mista's Expose One track.

Basically, 3 teenagers and Mista make a song talking about a bunch of local chicks they've shagged by name, and 1 of the teenagers in the group brags about jizzing on a baby when its mother has the baby in bed with them. The kid's dad then kills 2 members of the group, and one of his goons kills the 3rd member.

So 3 out of the 4 guys in the video are dead now. Mista's still alive but he's in prison for murder. Song was cursed.

Leave Richie Hawtin out of this.

dog that 'expose one' story is the most fucked up thing ive ever heard.

Louisiana is the land of the cursed rappers.

Not Gone Let U Slide...Gangsta Bow....It's Up there....just YouTube Racked up Ready and Young Ready. He changed his name.

R.I.P. Ready. It's up there. Gone 2 soon. Was really blowing up. Was my favorite B.R. rapper. Zion City Swim Team. Bet they definitely gonna jump in the water for this. B.R. is so much more dangerous than New Orleans now. I went to N.O. about 4 months ago and was walking places I'd never walk in 10 years ago. B.R. has me almost ashamed to live here. I love my culture....but sh#t is way way to real round here.

Justin - does 1 Rubber still get play in B.R clubs?

Can't even imagine how insane that song must sound in a packed B.R club.

Thanx 4 mentionin' me in this post! That letter definitely went a long way and definitely pushed my Baton Rouge passion to tha max, back on September 18, 2008! Can't wait to make tha tribute video for Ready! I have only a week left, since his birthday's July 8th; it'll be released on his birthday. I'm working six dayz a week and only have off this coming Monday, so it's gonna be hard to keep up, but I gon get it out there on time, baleedat! I have a feeling also that this tribute video gon prolly be close to an hour long! So many memories and things I have of Ready; so much to talk about!

Gonna be a classic.

Props on being the first and only person to ever write about Tha Camp's Break It Off! album, bruv.