It's weird to watch the divergent paths Z-Ro and Trae's careers have taken over the past few years, huh? Tangled in J-Prince's web until the day he pops his clogs, Z-Ro remains stuck in a cycle of releasing half-arsed albums after dropping incredible straight-to-Youtube freestyles and has plummeted so far down the King Of The South pecking order that we can currently find him bro-ing out on Twitter with the Rap game Omar White AKA Joe Budden. Meanwhile, Trae is now Houston's flagship Rapper who secures verses from A-listers like Lil' Wayne & Rick Ross and Wiz Khalifa for his singles, and has clambered so far up the southern rankings that he's currently one of the top five mercenary jobbers working today.

Which makes it all the more weird that whenever Trae converges with those other top five go-to mercenaries Young Jeezy and Yo Gotti, they all bring the best out of each other and the results are never anything less than stellar. Choppa Talk is the soundtrack to drinking Hennessey and wishing freak yachting accidents on your enemies and that bastard who just outbid you on a pair of Yuketen X Inventory magazine Chukkas on eBay at the last second :


Ain't gon' lie, I'm mainly posting this today because it gives me another excuse to wheel out my photoshop of Joe Budden in Papa Roach's Last Resort video : 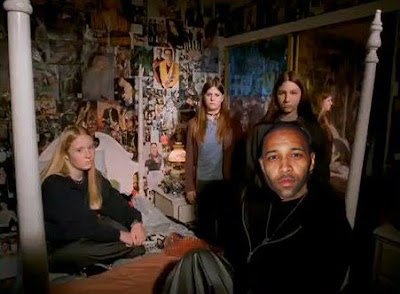 GOT THAT HARDWOOD HANDLE LOOK LIKE A TREE OUT THIS BITCH

Agreed about Trae bringing the best out of others, actually I think hes like Bun and just belongs in a group. On the right day the ABN albums my favourite shit by either man.

Hopsins been the rap game Omar White though.