Ever wondered what brand and model jacket Seth Green is wearing in the dire Italian Job remake? Nope, me neither, but apparently it's the Levi's Vintage Collection Bonneville Cafe Racer Jacket. And how do I know this utterly irrelevent information about an admitedly fairly nice jacket? Because I've been browsing the Filmjackets website, innit.

If, like me, you watch The Thing and spend as much time drooling over Kurt Russell's ill leather as you do simultaneously on edge from the tension and marvelling at the effects then this is a website I implore you to peruse when you have the chance. Some of their best finds thus far are : 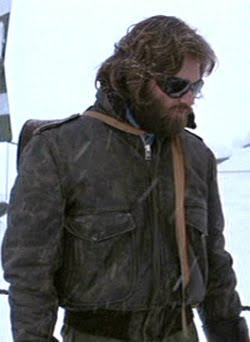 DESCRIPTION: This jacket was worn by Kurt Russell as R.J. MacReady in the John Carpenter version of the film The Thing 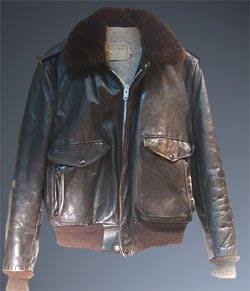 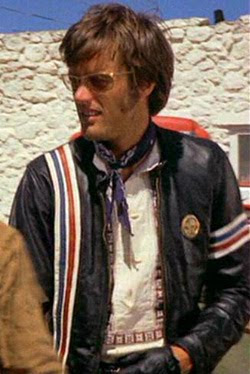 DESCRIPTION: This jacket was worn by Peter Fonda as Wyatt in the film Easy Rider. 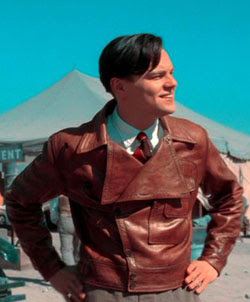 DESCRIPTION: This jacket was worn by Leonardo DiCaprio as Howard Hughes in the film The Aviator. 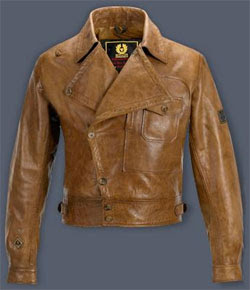 Information: This is the Belsfaff "Howard Jacket." There is currently no information available from Belstaff concerning this jacket. 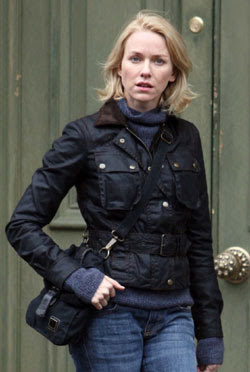 DESCRIPTION: This jacket was worn by Naomi Watts as Anna Khitrova in the film Eastern Promises. 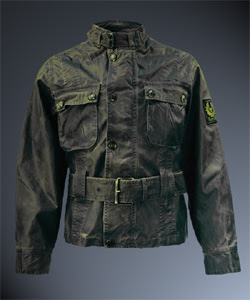 Information: This jacket is the Belstaff Tripmaster. Thanks to Rachel Telfer from Belstaff for providing the information.

Only online a few months, the concept of the site is better than the actual content at the moment (is there anybody really interested that the jacket Jennifer Lopez was wearing in Angel Eyes was a Kale Uniform replica Police Department Jacket?), but research is underway on identifying some particularly interesting jackets. Here's some of my all time favourites which they're currently trying to source : 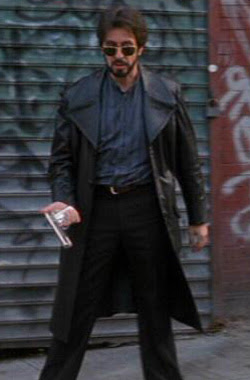 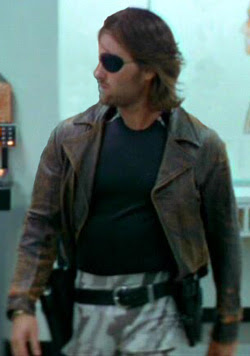 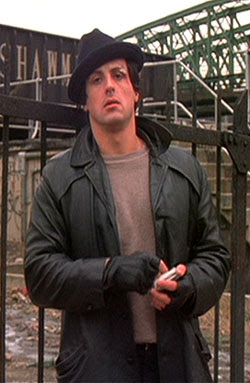 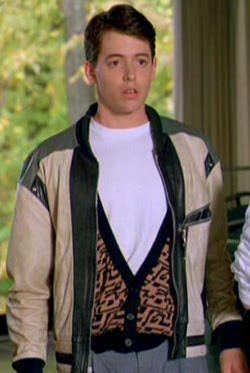 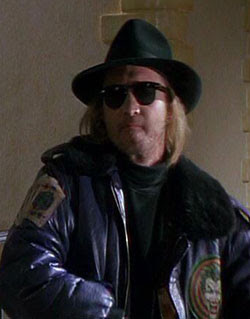 Typically, there's neither hide nor hair of other favourites of mine. Here's the ones I'd personally love them to identify : 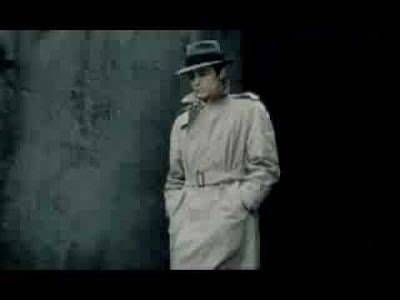 Anyhoo, Filmjackets.com also has a small TV jackets section to their site where their sartorial detective work has revealed that Jack Bauer has a penchant for both CP Company plus Ralph. And there was me thinking Jack shopped exclusively at the American equivalent of Matalan.
Posted by Kelvin Mack10zie at 20:03

Email ThisBlogThis!Share to TwitterShare to FacebookShare to Pinterest
Labels: Favourites from the flicks, Martorial elegance

Kurt Russell in The Thing, FTW (did I just say FTW? urrrrrrrrrugh)

My all-time favourite film jacket is Eddie Murphy's number from Beverly Hills Cop 2. I insisted my parents bought me a similar style jacket from C and A, although mine had luminous childrens logos instead of saying Detroit Lions.

You can get replicas of both De Niro's jackets from Taxi Driver and various other shirts and tees from the Travis Bickle wardrobe :

visvim did an m-65 based on de niro's taxi driver jacket called the 'bickle' too.

Shit I actually want a pair of boots like that as well.

wow......
I have wanted the jokers goon jacket since I was a little kid. This is incredible.

The Le Samourai jacket is just a standard long collared raincoat, but you'd be hard pressed to find one that you could rock as well as Delon rocks it.
This might be a start though.
http://www.twenga.co.uk/dir-Fashion,Men-s-coats-and-jackets,Men-s-rain-jacket-035958

Thank for movie link and if You like or want feels like Hollywood celebrity like Peter Fonda, so you may try this link Peter Fonda Jacket it makes help you feel like Peter fonda and enjoyed 1980 era