Not moved by chickens

Turned on my phone saturday morning to find an excited text from a friend telling me that the Clipse & Cam'Ron tune vaguelly themed around chicken had leaked and how it's the best song of the year blah blah blah, so I checked teh internet where the message board kids were referring to it with emoticons of awe, which got me expectin' Comedy Central X What Happened To That Boy but what greets me when I play it? I'm Not You

You're all batshit crazy. Song's alright but Curren$y's Scared Of Monstas is still a better Clipse song than any of the actual Clipse songs released this year, and, frankly, I'm more excited by Cam in a plaid shirt with his hair grown out into a Apollo Creed-ish 'doo in the video than I am by the song itself : 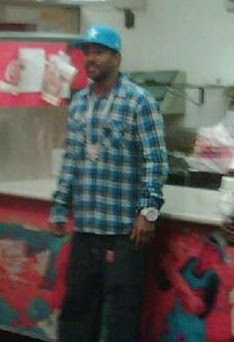 Can Cam'Ron even eat chicken with his I.B.S? Isn't him barely eating due his unfortunate bowel condition what made him lose all the weight inbetween S.D.E and his emergance as Dipset Cam/Rico in Paid In Full? Streetz need to know.

Edit : ok, this shit has grown on me like neckhair. Both thumbs up.
Posted by Kelvin Mack10zie at 19:39

This is much better than that currensy, mate

See what i mean?