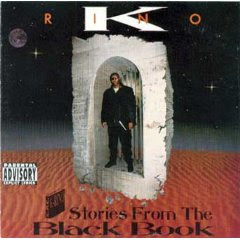 K-Rino - Step Into The Mind

I guess if you're from Texas you'll probably suck your teeth in disgust at me saying this album is forgotten but most of the jocking of K-Rino i've come across is fairly vague and usually doesn't extend much beyond K-Rino can really rap his arse off, yo type sentiments into praise of specific albums or songs. His debut from '93 might be his most consistent set and when it's good, it's really bloody good with K-Rino, um, rapping his arse off, yo, over rootsy pimped-out beats or them old Ice T-ish spooky synth productions. Paul's Boutique fans take note : Ultimate Flow makes excellent use of the same butter Idris Muhammad sample the Beasties made famous on To All The Girls. 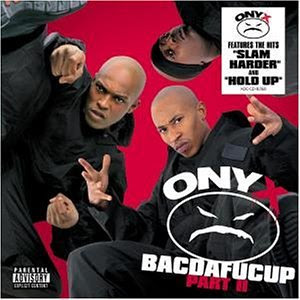 It was albums like this comeback platter by Onyx and Krs One's dreadful Spiritual Minded which defined Koch's reputation as a retirement home where old NY rappers went to die over appallingly produced albums before Prodigy and AZ made use of the lax sample clearance laws which go hand in hand with being on a indie label and came out with 2 modern NY classics. Truthfully, i've never heard more than a couple of songs from this album but it got terrible reviews and i can imagine just how atrocious it is. Hold Up, however, was one of the 12"s from it and features Havoc from the M.O.B.B on beat 'n' hook duties and is some QB shit that's both street and slinky (think : Burn) which could only have been improved on if it were a Mobb Deep and Big Noyd track instead. 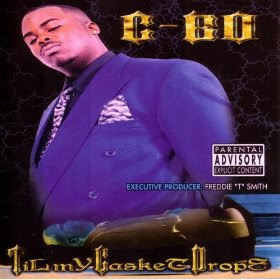 C-Bo - Til My Casket Drops

C-Bo's 1998 Til My Casket Drops cd is mostly notable for being the album which introduced the Mob Figaz crew to the world on 3 tracks before he orchestrated their group album the following year but it's a pretty decent slice of Bay Area gang$ta shit otherwise, with the 'ard title track and the imaginatively titled 40 & C-Bo featuring E-40 being the Martorialist approved tunes of choice. 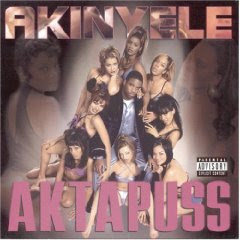 Akinyele - Messin' With My Cru

Praise for Akinyele is generally restricted to love for his verse on Live At The BarBQ, his Vagina Diner LP, the Put It In Your Mouth EP and the odd other tune like the original version of In The World but his '99 album Aktapuss is equally worthy of your adoration as it's a superb demonstration on how a brash hardcore rapper whose 2 key motifs are sex and thuggery can successfully smooth out his approach with humourous songwriting and catchy ass r&b hooks. Sister Sister, where the Ak-Ha-Ha bemoans being caught in the "you're like my brother" zone with a chick in typically unsophisticated Ak' fashion, is the less blunt cousin of Biz's Just A Friend and Messin' With My Cru is just some plain good ol' brutal shit. In a perfect world this album would've gone triple platinum but Jive dropping the ball as per usual and a couple of highly saucy singles which ended up being little more than 3 minutes of bleeps when cleaned up for radio/video play resulted in it being one only the Ak' fanboys checked for.
Posted by Kelvin Mack10zie at 17:14

do me a k-rino compilation

GREAT call on those AK tracks! I even liked 'Three' as well.

As was Coochie, his filthy interpolation of Juicy.

Ha, Coochie, one of the best.