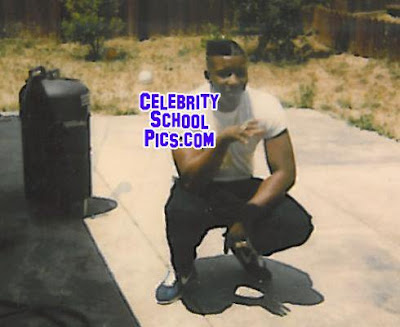 E-40! Young! Thin! With a Gumby! Wearing Cortez! Let this snapshot of Earl before he bloated-up due to guzzling 40s and Cam'Ron's 40oz-a-day-when-he-was-younger fuelled I.B.S be a lesson about the unfortunate physical effects of cheap malt-liquor. 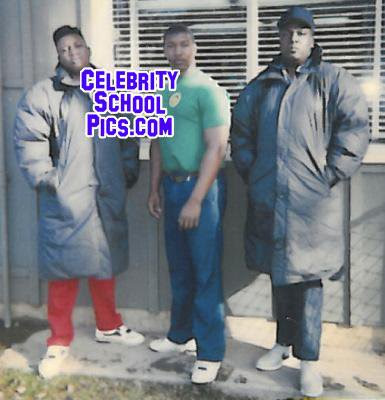 '40 on the left and B-Legit on the right. I had a knee length mack in 1991 myself but, truthfully, it was as inspired by J.D in Heathers as it was by Ren in the Alwayz Into Somethin' video.

Apropos of this being an E-40 post, let's reminisce over some of his early noughties Rick Rock slaps. Rick Rock's robo-funk was the perfect antidote to the tepid sub-2001 style production (2001 itself is obviously amazing, it's just all the dry knock-off versions of it which suck) so many other west coast rappers were using at the time (and still are), and Earl deserves endless kudos for making a song with Afroman where Kevin Smith's mate rhymed "creativity" with "positivity" on it which somehow managed to be decent. Anyway, here's the 3 best '40 Water and double R jams from Charlie Hustle.., Grit And Grind, and Breakin' News according to me.

"I wear these glasses so that I can look like a square/
but if you ever see me in a fight with a bear, n*gga, don't help me - help the bear"

"Too many chiefs but not enough Indians/
see, everybody need to play they position"

Another classic Earl and Ricardo moment with the main single from Grit And Grind. This is also notable for being one of the few examples of a non-contrived early noughties bicoastal collaboration (Fab' kills this shit and him and '40 have great chemistry), and for the lingering presence of Nu-Metal in west coast videos with a cameo by everybody's least favourite whigga-extrodinaire Fieldy from KoRN.
Posted by Kelvin Mack10zie at 21:38

red trousers are so trill

The amount of mass E-40 put on between the cover of Mr. Flamboyant and Charlie Hustle never ceases to impress me.