Came up on this classic Suckas To The Side tee by FreshJive/Raw Vibes in the vault recently, which basically translates as : i found it in a box with a bunch of old issues of Empire which have been festering for at least 12 years. Bought sometime around late 1993 from West Kirby Windsurfing, which was pretty much the only spot round these parts you procure tees from labels like FreshJive and Fuct plus Vans kicks like Chukkas and Half Cabs in the early - mid 90s, this is almost as old as that Black Flag Nervous Breakdown cover tee i gave Barratt which i think he still has. 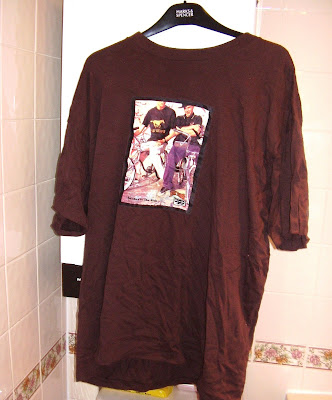 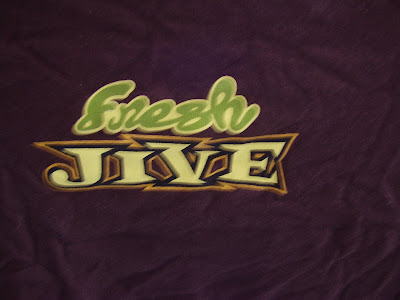 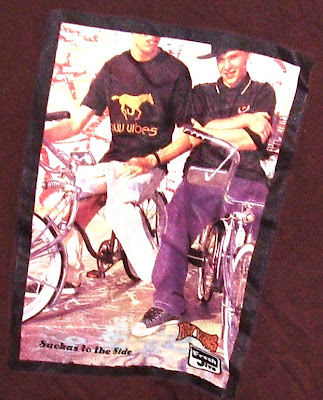 XXL was the only size they had left of this one and, needless to say, it fitted like Homer's mumu so i never wore it. Still, nice to have it back then and even better to find it out of the blue now.

EDIT : Sifting through the box of Empires i just came across the august 1993 issue of R.A.D stuffed in a copy of Empire with an advert for West Kirby Windsurfing in it : 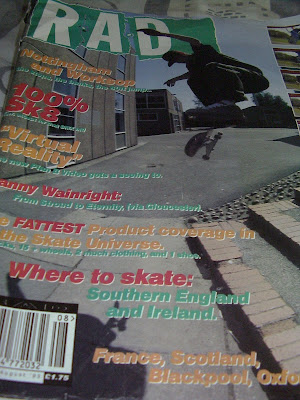 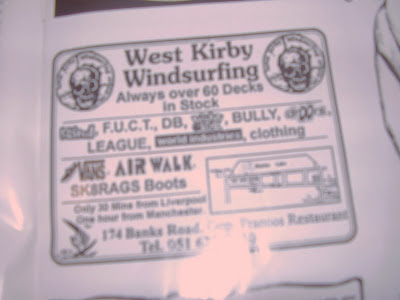 The term Real Talk is overused and somewhat annoying but the Danny Wainwright interview contained within where he admits his 2 favourite tv shows are Prisoner Cell Block H and the reruns of late 70s Grange Hill which used to be on BBC2 every sunday mornings in the mid 90s is just that.
Posted by Kelvin Mack10zie at 18:40

that shirt needs an iron

Rick Rodney, former singer for Strife, used to do a bunch of designs for Fucking Awesome (hence the Integ designs they did) and now works for Freshjive, doing design work, working in the Reserve store, being a pretty good photographer and generally rocking the finest in Ginger cop 'taches

I can see the ginger cop 'tache look working for Chaos The Tagger.

The shirt will probably disintergrate if an iron touches it.

93 was also the year of Informer by Snow as I recall.

And Jurassic Park, how could you miss that shit off? What a fucking movie.

And best of all there was England losing to Norway and USA in successive games. It was the best of times, it was the worst of times.

It was the worst of times mostly though.

And Oh Carolina by Shaggy and What Is Love? by Hadaway.

Good call on Jurassic Park. Can't believe i forgot that and Demolition Man.