My m8 caught Monkeypox. Luckily the doctor has gibbon him a strong chance of a full recovery. 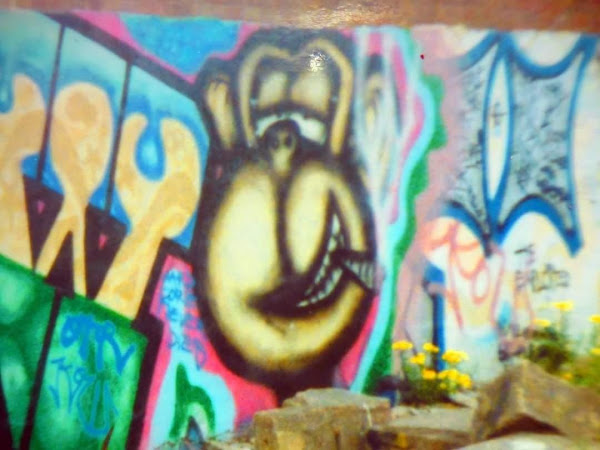 Obligatory wrap-up post of those songs I've played most during the month when the Rap internet gave me a headache. A battle of (half)wits between "you MUST listen to Kendrick Lamar" guys and "I DON'T listen to Kendrick Lamar" guys. Personally, I need Silent Hill to be Lamar's next single so I can continue to call him the highfalutin Kid Ink: a good singles rapper who makes tediously bloated albums.

Other notables: Phat Baby's Proper Play is a good bad-energy song; Kenzo B's Bump It might be the most notable Pulp Fiction soundtrack-core song since Hollywood Holt's The Show; Husalah's new song is more like an intro than a single; the same is true of Nef The Pharoah's Tattooed which could have been super sick if he'd bothered to turn it into a proper song.

Other stuff: peep me on Rap's G.O.A.T lost loosies. Also peep Party Sparty on his favourite movie soundtrack songs from 1957 to 2020 and Caroline Munro's best movie roles.
Posted by Kelvin Mack10zie at 12:00

Email ThisBlogThis!Share to TwitterShare to FacebookShare to Pinterest
Labels: awards, Gary D in the place to be, not-rap, rap

Ended up coppin' that Knucks album.

Cheers for the shout, by the way.

I copped Knucks CD too and for some reason the first song has the cusswords edited out. If you've got the CD is yours the same?

Not received it yet. Does yours have a parental advisory logo on the cover?

I liked that Knucks CD, probably one of the best projects of 2022 for me.

Have only listened to Kendrick's The Heart Pt. 5 which didn't do a whole lot for me. Have always had issues with fanbases who are sometimes able to ruin an artist for me (see also Eminem and most notably 2Pac) and Kendrick's fanbase is almost pushing me over the edge right now.

Lamar is cool but the notion that he's some once-in-a-generation artiste operating on a different level to the rest of Rap is laughable. Plus, it's still funny to me that he sounds like Devin's Zeldar from Beldar intro.

An older Knucks song I like is Rice & Stew.

Spart, no it has no parental advisory sticker. But that's the only song on there which is censored.

It's not censored in the video or on DSPs so it's just kinda annoying.

kendrick should make an album ft kodak on every song like ghostface on cuban linx lmao... pleasantly surprised!

(summer walker/ghostface chune is also pretty nice, not even gonna try to sit thru the rest of mr. morality & limp peckers https://www.youtube.com/watch?v=0kS-MtxPr9I)

Agreed on all counts re: Kendrick. Can only handle him in small doses though.

Radio to the rescue!

Gotta stress here that guys who make a big song and dance about NOT listening to Lanar are equally annoying to me as his Stans.

haha i feel that and you were already pretty clear that the "anti kendrick" brigade are somehow just as annoying as the pro kendricks... who will heal this divided world? is section.80 still his best project despite the terrible white dude singers?

kind of hard to unhear ADHD or Cartoon & Cereal and then get excited about most of the more recent stuff imo tho. weird phenomenon with him where i was so pumped to hear him over mike will beats when "humble" dropped that a listened to it on repeat for like a week but then the second i heard it played in a DJ set around other people it became incredibly corny

I hate that beat-switch in DNA meself. Beat-switches are now the preserve of irksome "I AM A SERIOUS ARTISTE!" rappers.

Yeah, the first track on Alpha House is censored on my CD, too. What a bunch of c**ts.

Re: beatswitches - ain't no beatswitch like a Khayree beatswich. One of my fave is probably on Young Lay - Got 2 Survive with Mac Mall going "Now how could I pledge allegiance to a racist-ass flag".

I remember when Section 80 came out I thought Kendrick was pretty good but after GKMC I didn’t really get the hype that album and everything he’s done since has been mid AF.

I like the 2 main singles from To Pimp A Butterfly best.

Natch. That and Alright.

I like i too tbh. Fuck the stupid live version on the album.

That 6 Shot album has some of the best Beats by the Pounds beats on there. Them at their weirdest, perhaps? Maybe that's not the right term -- maybe experimental?

Yeah, some proper bugged-out production - in the best way possible! I only discovered that album recently and it's definitely my favourite old-but-new-to-me album of 2022.

I really loved that Knucks song, gonna check out the album.

Also the Kendrick album was p cool. Crown I also liked, as well as Auntie Diaries and Count Me Out. Love Purple Hearts, truly a beautiful song.