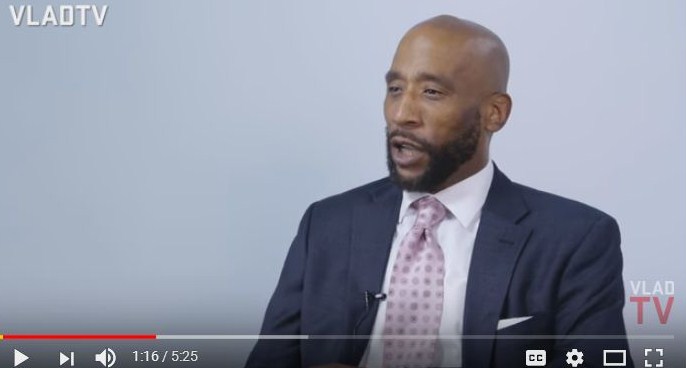 Even money that Jamar had a pair of Air Force 1s on with his suit.

i cant believe how Lord Jamar became the "respected by old heads" rapper to talk about shit. He was the worst member of Brand Nubian.

Did he become a "respected by old head"? I thought it was more saying outlandish shit that got a response on the internets. His appearance on the bizarre white rapper show was strange.

The Jamar + Star VladTV video taunting Yelawolf is a classic.