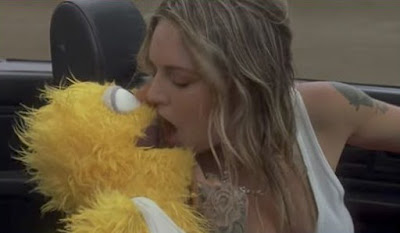 Warning: do not click that Tove Lo Bitches link if you're in work/on public transport/chillin' with your kid.
Posted by Kelvin Mack10zie at 12:19

Gone by 5th Harmony bangs too

No "Pineapple Skies" by Miguel? also i know Tinashe is mad as hell that SZA is on the same label and got huge this year even though i think CTRL is vastly overrated (obviously it helps that one of the most popular rappers on Earth is her labelmate so she gets a lot of residual fans from the TDE stans). That whole Tove Lo album is dope IMO.

I haven't heard that Miguel song.

This is an honourable mention: Leg Over by Mr. Eazi.

my annual rant: where is black metal?

Love the Wande Coal track. Have also been listening to Leg Over since it dropped and it still amuses me, without fail. I feel it has been a good year for afrobeats or similar music.

Metal has been dead since the O.G Danzig lineup split imho.

That Jacquees and Dej Loaf track might be my most listened to song of the year to be honest. You're the only person I ever actually see cover Jacquess (maybe I'm just looking in the wrong places).

I thought Jacquees was done after Birdman convinced him to start rapping like Young Thug for a while there.

Dlad to see the Black remix in an eoy post