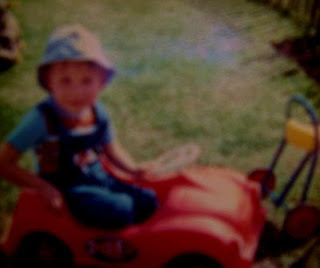 Could it be that Louie's Yeezus cameo paid for a cash settlement with Disney since he's going by the King Louie moniker again? Your boy Martaveli doesn't really give a shit either way, b, because this weak arse new Jeep Music 'tape of his wouldn't have even bumped in the red pedal car I had when I was 2 and a half years old pretending to be Baloo from The Jungle Book in my nan's back garden let alone in a jeep ridin' through the concrete jungle of Chiraq where gorillas, tigers, vultures and snakes creep with that heat.

GTFOH with this throwaway bland bullshit, Louie, and leak the rest of those 2011 Dope And Shrimp cuts already or just make some kosher 2013 jeep music like that Blood Money song you recently guested on with the dissonant ruptures of sub-bass which were probably supposed to sound like Dubstep but are actually more similar to the noises Predator's helmet (pause!) made when it was honing in on human prey. R.I.P, Louie and the dude named after the Capone-n-Noreaga classic just killed the wub-wub :


Do you think Louie's recent penchant for calling himself "Loulou" is a reference to Lulu the Dominican coke dealer from Paid In Full? No Kevin Keegan, but I would love it - LOVE IT! - if Rappers were to start looking to the best quasi-Rapsloitation movie of the noughties for artistic impetus on some "Paid In Full the movie did more than Paid In Full the song for me" type shit.
Posted by Kelvin Mack10zie at 14:36

This beat is insane. Has Louie rapped over anything this ambitious before?

H.L : There were a couple of joints from his March Madness series that were a tad more "ambitious" than his usual production palette, I guess; Michael Jordan being the best of those.

Near enough everything he's done in 2013 so far has been a disappointment.

When I first heard that Motion Picture Mixtape from last year I knew his shit was up already, yeah it had a few bangers but it wasn't up to scratch compared to the man up band up mixtapes, his aesthetic had shifted. Waste.

Not sure if I agree with that : both Motion Picture and Showtime only had a couple of joints each, but those few highlights were some of his best shit ever (specifically Bars and Hitta Shit), and the Drilluminat 'tape from late last year had a lotta great stuff on it.

This year is an entirely different story, though : the March Madness series gave us about 2 good songs tops (Goldie Wit' Da Pimpin' remix and Michael Jordan), he didn't even bother to record new lyrics for the recent Money Dance remix, and there's nothing at all worth saving on this new 'tape.