Ice-T - You Played Yourself
(From The Iceberg/Freedom of Speech... Just Watch What You Say! LP; 1989)


If Pimp C were alive today he'd have almost certainly called DJ Khaled out for swagger-jacking one of Ice-T's catchphrases in much the same way Wiz Khalifa did to KanYe West over the Max B Wavesgate unpleasantness. It's difficult to imagine that The Gospel of Chad could be contained to 140 characters, so Pimp would probably favour Instagram to Twitter, and his calling out of Khaled may have bore a striking resemblance to one of his classic missives from Tom's old gaff: 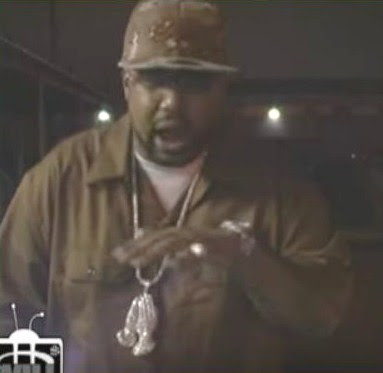 THAT HOE ASS DJ WHO DONT SCRATCH AND AINT EVEN FROM FROM MIAMI STOLE "YOU PLAYED YOURSELF" FROM ICE-T WITHOUT CREDIT!! IN YALL FREE TIME I WANT ALL MY PEOPLE 2 @ THIS BITCH ASS BITER @DJKHALED NON STOP AND TELL HIM WHAT YALL THINK BOUT HIM!!!!!!!!!!!!!!!!!!!!!

The Martorialist: forever a blog for ppl who prefer Ice-T's You Played Yourself to any of the other rap songs which sampled The Boss.
Posted by Kelvin Mack10zie at 15:59

Pimp C ft. Drake - U Not From Texas And U Didn't Know Aaliyah (dis track over 50 Cent's U Not Like Me)

it was cool hearing Ice-T say he makes songs that define something, he rly got his own appeal. like yeh, this is how you play yourself

often wonder if ppl like him, Scarface and Guru's legacy was tainted by ppl rating stuff like punchline rap & non sequiters so much. like they did whole stories/complete verses that can collapse if theyre broken down for parts - a lot of the bars were setting up the following one, its about the full picture etc

I definitely would have done an O.G 25th anniversary post if I'd have known

NOBODY SKINNED REPPIN# HARDER SINCE ICE-T

D got it right about Khaled's self-awareness being the fatal flaw. I'd gotten over all my objections and embraced him as a low-rent Funk Flex until he reinvented himself as a god-tier meme artist. He needs to heed his own advice, or he'll play himself into Flava Flav limbo.

Khaled rly is Flav youre not wrong