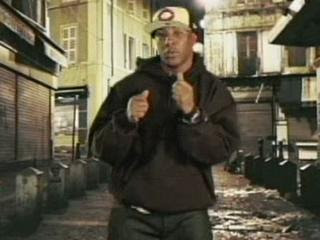 The greatest tragedy of Prodigy rediscovering his mojo in 2006 wasn't that he managed to get himself locked up right at the peak of his renaissance (*1) since that provided us with moments of platinum LOLz via his caps lock blog posts (stop biting Necro's typing-style, though, kicko), but that weed-carrier duties on his joints were now assigned to a bum like Un Pacino instead of the QB cameo king himself, Big Noyd. Imagine Noyd comin' through on Un Pacino featuring tracks like 7th Heaven or Field Marshall P to demolish shit like he did on every M.O.B.B related song he ever appeared on and weep thug tears for a.w.o.l dunnz with gunz.

Noyd will never put out anything close to a, say, The Realness by Cormega (though Only The Strong is a pretty consistent set), but all of his releases contain moments of greatness right up to his latest Queens Chronicles platter which came out last month to complete indifference. Shit, we didn't even see Robbie over at Unkut mention it and he's probably readying up a post with a new Maze-'N'-Mussolini reunion mp3 right this second.

Because I do care, and because I'm willing to roll my sleeves up to do the dirty work, here are the highlights from Noyd's last 6 albums, starting with 2004's On The Grind and climaxing with 2010's Queens Chronicle. 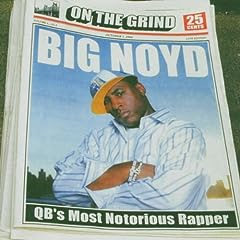 That bassline, bro - whoa. Usually when you check out a Big Noyd album, you head straight for the Havoc and Alchemist produced joints, but you can also generally rely on Ric-Rude to hook Noyd up with thumpers befitting of both Noyd's greatness and a dude who named himself after one of my favourite wrestlers. R.I.P to the Ravishing one; you had the most bitchin' moustache and mullet double-whammy ever, man. 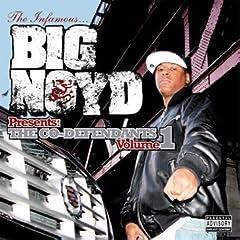 Big Noyd - Snitches (The Co-Defendants Volume 1, 2007) The other day two of the Martorialist crew found ourselves being harrassed by a yout' shouting "DON'T SPEAK TO NO FIVE-O". We livin' trife too, bruv (we always bumrush disabled W.Cs because they're usually cleaner and then piss in the sink in to avoid having to touch the toilet seat or handle), we were just asking for directions because everybody we previously asked in your city was a slackjawed mong.

Big Noyd - Heartless (Illustrious, 2008) Noyd has made two solo songs during the last decade which are as good as Recognize And Realize Part 1. One was Shoot 'Em Up (Bang Bang), the other was this. An Infamous hankerchief sounds like the best accessory ever. 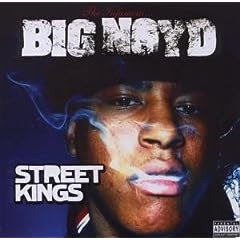 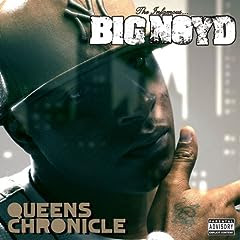 Big Noyd - Pokerface (Queens Chronicle, 2010) It kinda sounds like he recorded the vocals to this inside an empty Evian bottle, but Noyd and a piano sample are always gonna equal a dutty Q.B thumper. (*1) I don't mean merely musically, as i'm also including Prodigy's viral video where he sat in his hummer casually insulting the likes of Joe Budden, Jim Jones, Hell Rell and Fat Joe, and the amazing Sub 0 DVD mini-documentary about his static with Lake/Lakey The Kid where both rappers explained their take on the evening where Prodigy got knocked out and had his chain snatched by Sherm The Worm, before calling each other faggots and threatening each other with violence. "N*gga, fuck you and your muscles, n*gga. I'll shoot you in one of your muscles, n*gga"
Free P!
Posted by Kelvin Mack10zie at 13:49

i've got the j love best of big noyd mixtape but it hasn't got any of these on it. great post.

I don't listen to as much Mobb weedcarrier stuff as I should. But I'll always maintain that Prodigy never rediscovered his 'mojo.' It's true that somewhere around there he starts sounding like he actually cares about what he's saying again, but I do put a lot of stock in being able to rap, and also in the ability to say interesting stuff while you're rapping. He lost both. The analogy I'd draw is Clint Eastwood in Gran Torino - impassioned but totally lost and senile.

I can see your point with that but I disagree.

His hilarious V.I.P G-Unit persona, the Pearly Gates verse, the references to Hard Boiled, the way he says "I don't crack" on Mac Ten Handle which makes it sound like "I on crack, Mac Ten Handle in general which is just a perfect song/video marriage, the multitude of coded messages to the likes of Lake, the "I'm a handsome shooter" line, the references to Egyptian mythology, and the fact that the more he gets punked by other rappers, the more o-t-t his rhymes have gotten - i absolutely adore '06 - '08 Prodigy.

I guess it all depends on how you feel about lyrics like:

I remember laying up fucked up in the hospital
Troy and Bags would visit; Troy had Sickle-cell
Me and him use to kick it and Bag's baby moms died giving birth
'Cause of Sickle-cell problems
And Shamik from LeFrak would bring me Red Lobster

Like there's something to be said for that sort of thing, but you can see the argument against it, I'm sure.

Arf. That last line is great, but, yeah, i can't argue with that.