As usual, nothing particularly secrete as such, just a handful of songs I like from albums which came and went with little fanfare and songs I'm tryna put real life friends onto to prevent them complaining that they don't know it when we jam it in the car. # 16 is all songs from the past decade. 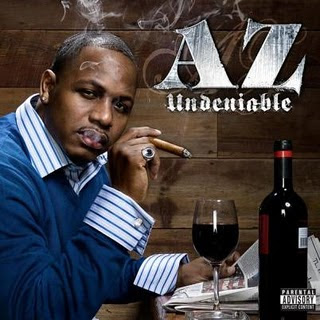 One day the heavens are going to open, thunderbolts are going to rain down on me, and I'm gonna spend the rest of eternity listening to I Got To Have It on a loop as punishment for trolling Nas fanboys, but even though Undeniable was anything but what its title suggested and the worst album of AZ's career up until that point, it was still more worthwhile than Nas' Untitled disc from the same year due to The Game Don't Stop, the minor-classic single The Hardest 2 with Styles P, and this fairweather friend-admonishing ode to the struggle to recapture the simplicity and innocence of life as a shorty. Piano samples invariably lead to great songs, ditto string samples, so combining the two together here results in some A+ Anthony, with our host thankfully managing to avoid the Memories Are For Faggots type mawkishness that often ruins these type of songs as he goes about his business of imprinting a stamp of N.Y classicism onto proceedings. 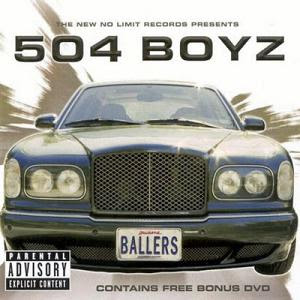 If you've been paying attention closely, you may remember that I was blissfully ignorant to the existence of the 2nd incarnation of the 504 Boyz who included the young Curren$y amongst their ranks until a search for some of his No Limit era material last year led to their Ballers album, but since then its 2nd single Get Back has become one of those jams which would cause my cosmos to crumble if it to ever suddenly disappear from my MP3 player during a late-night trip to the 24 hour Tesco. A hi-hat ridden Neptunes replica and a rowdy chorus with references to 'bows are the perfect backdrop for a 2002 No Limit posse track given the label's penchant for shameless trend-hopping, and we find bandana $pitta starting and bookending the song with his own verse and a verse for Silkk Tha Shocker clearly written by him, with the grand imperial Percy Miller betwixt them with a ridiculous thirty seconds of lofty boasts about being able to outrun wild coyotes and checkmate Cagney & Lacey during stop-and-searches. 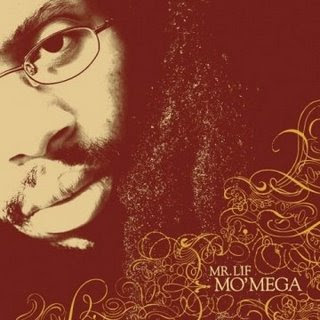 The Def Jux village isn't exactly teaming with members of the Banger family, much less the Mr Lif household, and Murs when he's in rapping-about-the-rap-industry mode is a territory one daren't venture into without a map and a pair of wellies, but two of rap's most humourless exponents drop their usual po-facedness to poke a little fun of their priggish indie-rap personas here over some Edan production which is like Not Over Till The Fat Lady Plays The Demo with additional ringing telephones, snatches of fuzzy trumpet, and Craig Mack "BWWWWOOOYYY"s. Murs plays Bobby "The Brain" Heenan to Mr Lif's "Mr Wonderful" Paul Orndorff, but what I like most about this joint is that Lif's speaking voice is uncannily similar to dook who played Calvin in Paid In Full so I keep expecting him to tell Murs that he's "just made enough dough to bake biscuits for the projects" or Cam to pop up and call him a "Kermit The Frog faced ass n*gga" as he threatens to slap the shit outta him. 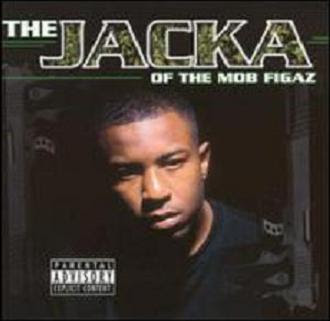 After the show it's the afterparty, then after the afterparty it's the hotel lobby, after the Til My Casket Drops appearances then it's the C-Bo's Mob Figaz shit, and after AP.9's Headshotz album it's the second Mob Figaz solo album with this. AP.9 emerged fully-fledged and playing to his strengths on his own debut, but Jacka's self titled album saw him struggling to find a comfortable zone which suited his melodious delivery and world-weary, introspective persona, and, thus, this RobLo (then Rob Low) produced cut is the only real essential Jack' moment on there because it sounds like nothing else in the Mob's catalogue at the time and it hints at the way he'd break free from the traditional Bay area mobb shit orbit to take up his own trajectory, with Husalah following suit. I dunno where that strange crying Dolphin sounding noise sample comes from, but I was suitably impressed when it reappeared on Lil B's Pull Ya Pants Up last year because Husalah is so obviously a key influence on the Based God.

Speaking of Lilliputian Brandon, why isn't the video to Choppa & Curren$y's 2003 No Limit single Shake It Like That on Youtube when the fashion gawd Choppa apparently invented the cooking dance in it according to Lil B in his Nardwuar interview? Plz tell me that shit wasn't forever lost from the No Limit vaults when Katrina laid waste to Percy's mansion.
Posted by Kelvin Mack10zie at 20:07

Did you listen to that whole Mr Lif album to find that song? fair play.

Yeah that jacka songs my favourite on there, closely followed by Cuz Im the Mack and Thugg'ed. Jacka just destroys that verse, the way he switches up his flow every other bars brilliant.
I agree though, theres great songs on there but even the Hey Girl remixes show how much better he could be

"Enjoy the real Hip Hop..." - the description under that jd vid. Him
saying "still spendin that kriss kross cream" on Lets Talk About It was classic though

Hell naw; never heard the album, I just know the song because Dan & Kish used to play it on the All City show.

I do like the song on Edan's first album Mr Lif appears on, though.

Thugg'ed is cool but the rasta voice he does on the hook makes me cringe.

mr lif and edan may be the least blessed in the voice department of any rappers evar. i pity the journo who has to wade through a mr lif album for review purposes, pity the one who enjoys it more though

White ppl of varying degrees of class have totally ruined reggae for me.

Yeah them bob marley Legends compilationss made the rounds far far too many times.

Thank fuck it was jurassic 5 instead of devin that became the student's choice too.

"Brothaz" off that Lif album is sick, reminds me of PE.. Some tidy tunes on his 1st album and EP as well.

I liked 'Undeniable' - Theres a few less-than-great tracks on there but I think it only gets criticised because it followed the undoubtedly more solid 'AWOL' & The Format'.
Its wasnt the sort of thing that was gonna win him a new audience but if you just want some more AZ shit to listen you could do worse (9 Lives for example)

Fuck that, bruv : 9 Lives has I Don't Give A Fuck, Problems, Let's Toast, What Cha Day About, and Quiet Money.

i havent listened to 9 lives in ages but i remember not fucking w/ a bunch of the production on that. i should listen again though

but i also liked 'life on the line' off undeniable. great beat & i fucks w/ R&B hooks heavy

Yeah, I really should've mentioned Life On The Line too because that was smooth as hell.

Great post. I think I like that Jacka album a little more than you, but he's definitely still finding his sound there.

I remember seeing the music video for 504 Boyz "Tight Whips" on BET and thinking 'this is stupid, I love it.'I wish Silkk the Shocker would stop rapping forever...

Yeah, there's a few songs on that debut which are, y'know, cool, but that's the only one I ever put on playlists or compilations for people of Jacka stuff.