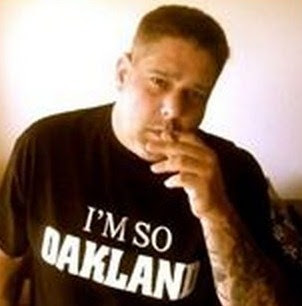 Until I peeped his AllMusic page last week, all ya boy knew about Lev Berlak was that he was the Oakland producer who'd notched up credits for Dru Down, Mac Dre, and the Mob Figaz, and helmed A-Wax's Thug Deluxe album from top to bottom. Turns out Lev was also responsible for a shitload of deep cuts I'd never realised were his beats and a shitload of great tracks I'd never heard before. What's more, his studio The Grill has been the go-to spot for mixing & mastering in northern California since the late nineties, making him the Mike Dean of Mob Music. Lev Berlak? More like Lev BerSlap amirite:

I had no clue this was the guy behind a couple of my favorite mob figaz tracks I always assumed hustle in the rain was produced by rob lo.

ah man my favs in some cases, the same dude did Witme, Alright Cool, Hustle In The Rain & Joseph Stalin. Checking out everything else asap.

Just peeping now and that site actually lists Lev as being behind Thug Deluxe whereas he's not credited on either AllMusic or Discogs.

Rateyourmusic weirdly enough can fill in some blanks the odd time. Occasionally when the actual liner notes can't. Annoying af when the producers are listed in no order on the back or w e

Its like amazon reviews rotten tomatoes or some shit, dunno what the sites actually for

Is this guy Jewish?

Guy is a legend off the "Me Damac" beat.

Also, you can check out the entire albume "No Gimmcks, Still Lawless" by Neva Legal (aka Dem Hoodstarz)

I need to hear that.

Noz writes that production for Paper Chasing was done by Pimp C.

Pimp and Mannis Fresh both have a few production credits on the album.

Title track here is 100% Lev according to the credits. His sole beat on the album.

Great list I forgot a few of those songs, Thanks

Also, that beat you did for Chapo/One Sound is godly.

Did 7 on the new drought season #3 .. jack and i had recorded at least 500 songs in the last 3 years , I'm focused there and working with the new kids , i try not to get stuck on one thing . tag it and move on... the first albums are everything.

Yeah, even before I saw the Drought Season 3 credits I could tell you were behind most of it; not just because of the style of production but the mastering is so sharp.

That's why I called you the Mike Dean of Mob Music.

According to Discogs "The Throw" was produced by Funk Daddy.

Yeah, looking back on this list now there's a couple I've since found out that he engineered rather than produced.

J. Stalin's Pop My Collar is another.

Ah, ok. Could you find out about any of those Messy Marv songs since then?