Just when I thought Fetty Wap's Trap Queen was the best Skooly-core song of 2014, along comes this recommendation via SpaceGhostPurrp Guy Maxwell. Invincible by Chicago's KO Tha God here even sounds like the sort of beat I wish Skooly actually could've/should've/would've sang his heart out over in 2014 with those Tampon commercial synths and that 808 Mafia type low-end.


Speaking of Fetty Wap, who's the the bloke loungin' in the back of the car talking shit in the Trap Queen video? Dude got that Dr Dre in Limp Bizkit's Break Stuff video boss-level swag. 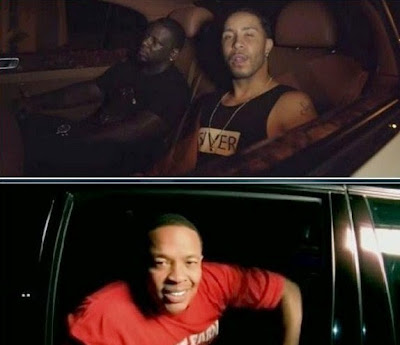 IT'S JUST ONE OF THEM DAYS!

WTF has happened to Audiomack?

Had the perfect uploading site for rap music and they went and fucked it up.

(Well, not quite perfect, because it won't let me upload the MP3 of Jackie Chain's Party Girls.)

Dude in the Fetty Wap video must be his Diddy/Irv.

In the words of one Dram F. Kennedy "WE DO THIS WITH OUR EYES CLOSED."