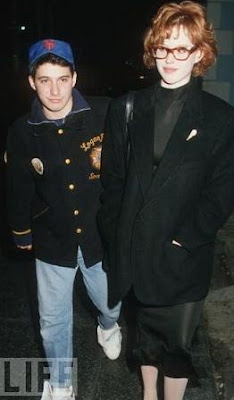 
If it's not quite bad enough that every blogger under the sun wrote about Don't Violate before we'd even noticed it, the entire Martorialist famalam were completely oblivious to the existence of Molly until Jackie's new mixtape After Hours dropped yesterday even though it's been floating around on the 'net for just shy of 12 months.

Haven't the foggiest whether the Guido song Jackie blesses on this ode to MDMA & saltine floozies really derives from Donkey Kong Country 2 like some of the twerps on Youtube seem to be suggesting, but we've just fed an MP3 of Molly into our same computer which converts sound into image that we used on Sober by Jae Millz and this is what emerged: 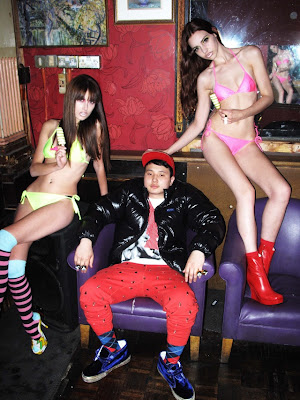 To be mentioned in the same blog post as Jackie Chain is the greatest honour I've ever received to date.

Obviously the real honour I'm holding out for is to win something at the Asian Excellence Awards and have my award presented to me by Jackie Chain.

You'll always be the blog game Jackie Chain to me.

I was super confused when two (mostly) white rappers dropped songs titled "Molly" within two days of each other.

Jelly Roll's verse on Turf Talk's Back In The Day = top 5 cameo of the last decade.

How does Jelly Roll ever even end up on a Turf Talk release?

Can I borrow your music to picture machine? I want to use it to produce a series of abstract images from Lil B's music, which I will then show at an art gallery and people can debate whether or not I'm a retard or genius.

Classic shortarse boyfriend pic of Ad-Rock and Molly there.

Molly Ringwald was lightweight cute. What happened to her.
Also, having done molly before, I don't recommend it. It leaves you retarded the next day. Stick with cut pills, folks, such as the infamous "blue dolphins". A guaranteed good time!