Courtesy of RNT, although I prefer this solo version to the remix Stevie posted since the beat is marginally different and Vado's verse sullies the whole ambiance. This is what happpens when a Harlem battle-Rapper-turnt-Young Money baggage-handler embraces the Wave and harkens back to the harmonizing on ye olde Uptown Rap records like Standing On The Top and We Are Known As Emcees:


Sober is prime standing under a champagne waterfall getting your dick sucked by an angel who looks like Angel from Home & Away-Rap. But does that description really do the song justice? Fed the audio into a special computer we have at Martorialist H.Q which translates sound into image and it spat this out as its closest match: 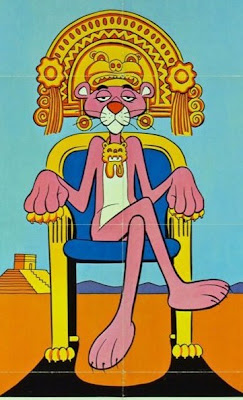 can you remind me of this tune in about 6 months time when its not freezing cold and pitch black at 5pm ? thanks.

Ridin' to this on a hot summer day was euphoric.

who on earth did this beat

I have no idea, but this is what Cloud-Rap should sound like, imo.

Yeah, she was fantastic in Triangle.

Haha it's funny to see a somewhat serious comment I made about life on RNT's initial post. Sobriety forever! For real though. That refrain, "today i'm sober than a mufucka" never leaves my head ... because I am.