Put a Dunk on it 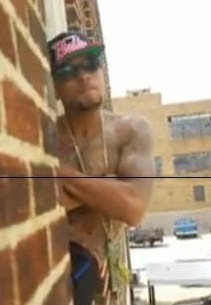 I'm not tryna suggest that Noz was directly responsible for Slim Dunkin's death here, but nothing from the Twin Towers 2 mixtape or Scream My Adlibs made his best of 2011 list on thursday and then Slim dies on friday? C'mon - that's gotta be more than mere coincidence.

Pourin' out a lil' Dr. Stuarts Triple Ginseng tea for my fav' Brick Squad weed carrier right now, and I'm not just saying that because he was the only Squad member without a beer belly; his cameo on Fuck The Club Up was one of the highlights of Flockavelli, his verse and mannerisms in the Twin Towers 2 Intro video were the very pinnacle of my Rap listening experiences in 2011 and I Gotta Eat is a minor classic which needs to become a posthumous global hit a la Hypnotize or Changes :

Damn this is my first time hearing the news, RIP Slim Dunkin.

I can't believe that Slim Dunkin got gunned down just like that. WE lost another rapper. Read more about how Slim Dunkin dead.

ZOMG - is there any truth to the rumour floating about that Slim Dunkin was killed at a Gucci Mane & V-Nasty video shoot by some guy who'd stepped to Vanessa about droppin' N-bombs?