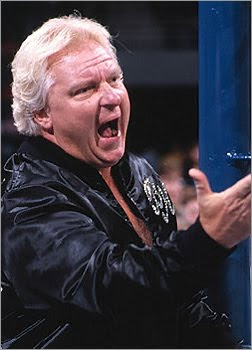 So Jay-Z & KanYe's H.A.M finds karma restoring equilibrium to the rap-cosmos after that mismatched Next Up song where UGK invited Marley Marl, Big Daddy Kane and Kool G. Rap aboard their ship in 2007, because this is the exact antipode of the forced "hey guys, we're down with the east coast o.g's!!" disparity of that cut with both KanYe and Jay now sounding as utterly out of place on Lex Luger's H.A.M beat as Pimp and Bun did on the dry Marley production of Next Up, and them using the word ham is more cringeworthy than once hearing my uncle Harold describe a Dubai hotel he stayed in as having toilets which were "very bling". The only discernable differences I can hear between the two songs are that the Luger backdrop would be a banger with the right rapper(s) over it, whereas Marley's sounded like a track from his generic 2001 BBE compilation Re-Entry which would've had Troy S.L.U.G.S rapping on it, and Kane and G. Rap somehow sounded less decrepit than Jay does now, which, technically, isn't that suprising since Jay is probably older than Kurtis Blow.

H.A.M is a pivotal song, though, and that's why I've dedicated a post to it because it finally confirms my long-held suspicions that Memphis Bleek was the man-behind-the-curtain pulling the strings as a ghostwriter during Jay-Z's glory years and the evidence for this accusation is now damning : Jay only rapped well on the 5 albums Bleek appeared on; Bleek dubiously remains Jay's touring hypeman when everyone else initially connected with the Roc (Jaz, Sauce Money, Amil, Dame, Big, Beanie & State Prop') has long-since been cast aside; Jay is probably the most awkward interviewee in rap after Dr. Dre, yet Bleek can hold his own tossing out the zings to Dipset next to Tru-Life on 'hood dvds; and it's inconceivable that a man who can make his own extrodinary opulence sound as boring as Jay-Z does in his music nowadays could've ever penned the likes of Imaginary Player and the extended remix of A Million And One Questions.

But such declarations need audio evidence to back them up, so I ask you to compare how maladroit and humdrum Hov' sounds next to T.I, Wayne, and a fucking M.I.A vocal sample on Swagger Like Us to how effortless and comfortable Bleek sounded next to T.I and Trick Daddy on the now classic bi-regional posse jam Round Here :

I rest my case, and the only possible explanation I can come up with for Jay's admitedly swell appearances on Big Pimpin' and Get Throwed is that Bun wrote the former and Z-Ro was the author of the latter, which would explain the fishy reason why 'Ro didn't get to actually rap on the song.

Man, how did anyone ever buy the mythology of Jay as this cool trend-setter whose swag was off the yeltzebub when he wore a white tee tucked into some bellybutton-high JNCO-a-likes in the Streets Is Watching video? Ol' excess denim bellowing around his navel like a pair of Jeff Hardy's jeans lookin' ass motherfucker.
Posted by Kelvin Mack10zie at 16:35

Email ThisBlogThis!Share to TwitterShare to FacebookShare to Pinterest
Labels: Martorial elegance, rap, why you wanna do that luv huh?

thats some funny stuff man. honestly tho bleeks verse on coming of ages long been my favourite off that album, same goes for the intro off vol 2. i might just have to get a bleek album. theres a sentence i never thought id write

what the fuck did trick daddy do to have him flossin the leg bracelet? he always seemed like a character im imagining it was some dmx-esque shenanigans

black album gets too much of a bad rap from people these days, its decent and jay raps well on a bunch of tunes. but i think blueprint gets too much credit, i like it a lot but his rappins dumbed down for most of it and jay cant pull that off well in my opinion. its a good easy-listening album tho

and i hope to god that this songs just forgotten about and these clowns havent ruined "goin ham" for me.

the next up beat is the beat used for "the symphony", a classic juice crew song from 1988.

Good call on Jay's interviewing skills, which for some reason he thinks are hotter (holla!).

Never has this been more present than in his interview with Nardwaur. Even Questlove clowned Jay for not getting it, and taking the interview way too seriously.

also, lol at the martorial elegance in the Street Is Watching video.

Usually when discussing things about the past, I get all sentimental and warm hearted. The jeans he's rockin in this video...they make me want to puke.

Boothe, the Nardwaur interview was precisely the Jay interview I had in mind, although I think the Nas one might be even worse because Nas is literally braindead nowadays.

Sisilifami, say what? The Next Up beat certainly isn't The Symphony.

Thun, we luv you too.

il have a look for it. i still remember givin one of me mates the side-eye for sayin bleek was alright way back, then again i used to love jurrasic 5 and the blackstar album

i believe next up samples the same song as the symphony and was intended as a remake of sorts, it failed obviously. it never would have happened but the same song in 95 with k-def ghost-producin for marley woulda been amazing. ugk and east coast dudes can definitly make a classic as that song with kieth murray n lord jamar showed

nothing warms the heart like the snoop and nardwuar interviews, especially the blowfly one.

I'm not that fond of the Live Wires Connect joint, but if someone could cut Termanology out of How I Rock I'd listen to that as a sequel to the Banned EP intro.

bun ripped live wires connect i think.the beat for how we rock definitly one of the better recent premo beats.
i cant stand termanology but i always thought this song was decent the beat and the hook make up for the general whisper flow shiteness:

you any idea what the song is playin in the new jack city scene in the video? think its a remix to a schooly d song, iv been lookin for it for years

It's Am I Black Enough For You? by Schoolly D and that scene is from King Of New York, bruv.

whoops i often get them two mixed up. iv no excuse tho cos that shootouts probably my favourite scene in it(after the cop funeral obviously)

cheers il have a look, iv actually been meaning to get the album its off ever since hhc described it as where schooly tries jump the afrocentric bandwagon by simply saying black a lot but still just talks the same shit he always did, which sounded hilariously ignant

i was initially suprised you bothered to post about this tune but you put a great spin on it. Suprised no-ones come up with that Bleek as ghost writer theory before (that I know of). Anyway, Blueprint hasnt aged well, Black Album is good as a collecion of singles but not that cohesive. I maintain Vols 2 & 3 are his best work.
He is insanely boring nowadays though - Im pretty sure he only appeals to people who first heard him circa 'Crazy In Love' and '99 Problems'

Should we really be expecting something else from a rap song that was recorded in Peter Gabriel's studio? Only dude who should be allowed to do that is Lil B.

holy shit my memory's completely fucked up...don't know why i had this in my mind, sorry for that.

Step, you need to check out Bleek's M.A.D.E too if you've not already.

Done, Drew Huge's description of Am I Black Enough? in HHC you mentioned was ridiculously on-point, and it's his best album, imo.

Sisilafami, my whigga Bradley tells me you're sorta right because Next Up's beat is the intro to video of The Symphony.

It's still crap, though.

Yeh Am I Black Enough never got enough credit but Saturday Night's still my shit.

i revoke my previous statement bout the black album cos iv since listened to m.a.d.e. and have lost all respect for jay. he had first pick on beats like everythings a go and just,bleek and free and went with the eminem one instead?

what kinda world do we live in where the dude who actually made a pretty great major label full of bangers one of which has a fuckin ufo loop is a punchline and dude who has access to dj quik and goes for the fuckin madonna remake is g.o.a.t.? now i dunno what to think. i might go back and give kid n play a chance

step i agree but my favourites bar 99 problems are album tracks on the black album. vol 1 and blueprint 2 (edited down obv) are underrated too i think. dunno if roc la familia counts but it had some great tunes

oh and both bleek and segel outshine jay on "hypnotic" which may be better than anything on the black album.

I mean, you can't go wrong with either, Bozack, but Am I.. just has a greater amount of good songs on it (+ great interludes).

Done, Murda Murda too. Young Chris clearly ghostwrote Jay's verse and coached his whisper-flow on that one.

did 'Murda Murda' ever drop officially? Ive got the original and the remix on bootleg vinyl (labelled as both 'South Philly Nggas' & 'Murder Marceyville') Such a great track - I always wondered why it was confined to the mixtape circuit.

One of the few good beats Scott Storch has done.

all 2001-era dre fam seemed to struggle on their own for some reason. whatever happened to hitman? akrite was the business

shutterbug and that wayne and baby song he did are nice i think, i liked thae beat to put your lighters up by lil kim too.

as far as Scott Storch goes, I kind of consider 'Still DRE' his beat so Im gonna go with that.

Yeah, the Beanie version is even better, Step.

There was a great unreleased T.I song by Scott Storch song floating around inbetween Urban Legend and King, but I've forgotten its title.