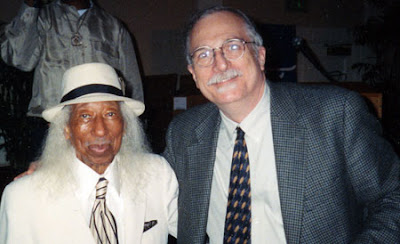 AKA the obligatory pourin' out a lil' glass of vodka & cranberry tribute post to Enjoy Records supremo Bobby Robinson, who died at the age of '93 on friday and who was a veteran of the music business since 1946 with a legendary Harlem record store, a succession of record labels, and production credits for Gladys Knight & The Pips, Lee Dorsey, and The Shirelles. Record label big cheeses nowadays are usually some some fella in a baseball cap who looks like your uncle Richard that possibly used to be a mountain climber who played an electric guitar, but Bobby came from the era of the Harlem Beau Brummel and if Spike Lee had ever remade Gremlins with an all black cast then Bobby would've surely played Mr Wing : 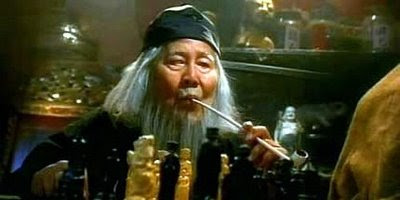 Sugar Hill Records may have been the first and most iconic rap record label, but from '79 - '82 Enjoy had the much superior catalogue, since their records had a less glossy feel to them as if they were live routines captured on wax. Most early rap is an acquired, nay impenetrable, sound for yout' listeners, but on the occassions I've put together pre-Run Dmc primer compilations for friends, roughly 60% of the songs on them tend to be Enjoy releases; and so Love Rap/New Rap Language by Bobby's nephew Spoonie Gee is the definitive disco band era rap 12", Treacherous Three never bettered Feel The Heartbeat and Body Rock, Superrappin' by The Furious Five and Rappin' And Rocking The House by Funky Four Plus One More are as good as their more popular songs on Sugar Hill, Funkbox Party by Masterdon Committee was the unlikely source for Master P's Make 'Em Say Uhh, I'm The Packman (Eat Everything I Can) by The Packman is a more than worthy companion to Pack Jam by Jonzun Crew as far electro bangers about video game characters which transcend their novelty beginnings go, and, Fearlous Four had 2 Enjoy classics within 12 months of one another with Rockin' It and It's Magic. The Message and Planet Rock might be the most historically important rap records of '82, Rockin' It is my choice as the year's best banger, even after Jay-Z nearly ruined it with that single even he hated from his otherwise best album Volume One (or, at least, the only Jay-Z album I'll ever listen to again).

Although Enjoy was on the wane by 1983 with money and contract disputes eventually seeing Bobby's flagship artists all defect to Sugar Hill or Profile Records, the label's place in history was already assured and even their declining years saw them savvy enough to release Doug E. Fresh's official solo debut single Just Havin' Fun in 1984, as well as future random-rap rarities like the vastly overrated Good Old Days and Mighty Mighty (Mike Tyson) by Most Wanted in the late 80s. I've never heard the latter and it sounds like it could be a flagrant sharking of Spoonie Gee & Marley Marl's '87 cut Mighty Mike Tyson, but Fat Lace linchpin Drew Huge apparently rates it, so I'll defer to his knowledge on this one.

R.I.P Bobby; you released my favourite doubled-sided rap 12" ever, you discovered rap's original producer auteur with Pumpkin, you resembled another weird oriental movie character I can't place (from one of the Crank movies, perhaps, and, no, I don't mean Bai Ling), and you were way more important than Roy Hodgson or Joanna Yeattes.
Posted by Kelvin Mack10zie at 15:35

My favourite joint that uses the Kraftwerk sample is Oxide & Neutrino.

Pouring one out for MC Vapour's career...

Thanks for posting this. I had no idea who this guy was.

I think "Sunshine" gets bad rap. It was a fun song IMO.

I think the video with Jay lookin' camelled out managed to make Sunshine even worse, HL.

lol Yeah you're right, that video was pretty bad.