The 2012 Kreayshawn, V-Nasty and A$AP Rocky all rolled into one 
Katie's the 2012 Kreayshawn because she happens to be a visually interesting chick Rapper on the cusp of viral success, making I Need A Hitta her very own Bumpin' Bumpin'.

Katie's the 2012 V-Nasty because she's a hoodrat Rapper of some kind of AZN descent who drops N-bombs like she's auditioning for a cameo on Efil4zaggin.

Katie's the 2012 A$AP Rocky because her Rap career is being carefully cultivated by a power-blogger since she's currently dating David from So Many Shrimp/The Fader, although you didn't hear that gossip from me, aiight?

Hop onboard now before she becomes the talk of Tumblr and you can even get to comment on her resemblance to the Eskimo girlfriend of Kiwi backpack-blogger/hip hop message board firecracker Jaz for the ultimate in 'net Rap-nerd in-joke kudos: 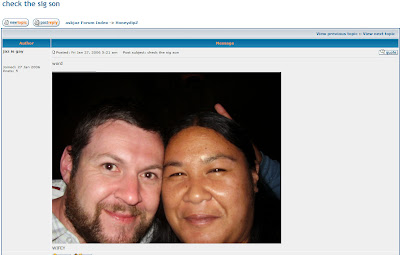 Trying to work out whether this is a beatjack of some song by the likes of Tyga or Ace Hood, or whether Chi-Town's Katie really has somehow managed to secure herself a Luger beat?
Posted by Kelvin Mack10zie at 18:26

Email ThisBlogThis!Share to TwitterShare to FacebookShare to Pinterest
Labels: rap, why you wanna do that luv huh?, youtube

Jesus yes, all of this. The youtube comments are my shit too.

You waiting til Lil Phat's UK tour before you fess up?

I done tagged the MP3 I ripped of I Need A Hitta as the top Youtube comment on the genre box.

That shit needs to be a daily word.

Apparently she's def' one of yours, bruv.

I can't even believe this garbage.Is this supposed to be a serious effort? And, she's from Chicago? (Only bamma's say "Chi-Town") lol at homie with the Down's comment; might be on to the truth, there.

would never expect to hear that kind of unsupportive negativity from a writer whose blog has 'mass appeal' on autoplay. very disappointed in you.

Pretty impressed that all of you guys watched this video in its entirety, I could not make it past 50 seconds...

Ouch. That was mean.