War of the World War IIIs 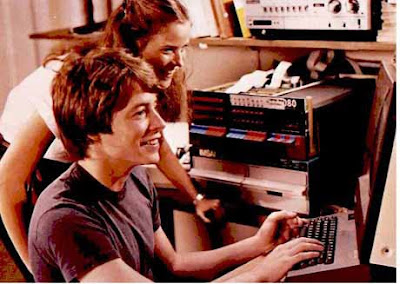 In the red corner we have World War III by Melle Mel : a future-shock vision of combat on the battlefield and the horrors nuclear war could bring about on the planet over some grandiose electro-funk and R&B wailing, made smack dab in the middle of the Cold War in 1984 :

And in the blue corner we have World War III by the Ruff Ryders featuring Snoop, Yung Wun, Scarface and Jadakiss : the bi-coastal posse jam to end all bicoastal posse jams from 2000, where Swizz not only provides parping tuba (true story : we read on Just Blaze's Twitter that it's a Harold Bishop sample) over his trademark Casio presets and Skull Snaps break combination, but also adds his raspy tones to the hook as he instructs each rapper to introduce themselves before their verses : 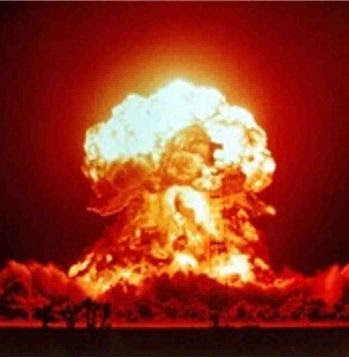 As great as Melle Mel's World War III is (that shit scared the bejeezus out of me the first time I heard it), the God-bothering leaves it feeling all a bit too Camouflage by Stan Ridgeway to defeat the combined forces of 'Face and Jada on a track together with Swizz's accompanying "State cha ya name, gangsta.." hook. Result : Ruff Ryders and pals win on a controversial but correct points decision.

So, how the fuck did we go from posse cuts like this to laughable shite like Swagger Like Us and Forever? Don'tcha just wish they'd had someone like Juve' on there instead of Yung Won, though. I mean, honestly, Yung Wun? Jesus. On the bright side, at least we were spared a Drag-On verse.

The duplicate monikered Monch tune with Shabaam Sahdeeq? Eh, that shit is cool 'n' all but it belongs in a different weight class as it doesn't sound suitably epic enough for a song with such a monumental title, does it?
Posted by Kelvin Mack10zie at 14:38

The Melle track was dope before I realized that it was over 8 minutes and stopped playing it.

I was a little underwhelmed by the Ruff Ryders track. Looked a lot better on paper to me. On a positive side, it reminded me of another track where the rapper is introduced before his verse.

Apparently Snupe freestyled his parts on this track. I always thought that it was wack for Hiero to not give him any sort of credit (songwriting, featuring...) on this track.

Stop the hate against the near 10 minute long tracks from 1984, yo. Peace to Street Girl by Spoonie Gee and Fast Life by Jeckyll & Hyde.

I always liked Are You Ready? by Shabaam Sahdeeq the most. Still one of my fav' Alchemist beats.

i was a impressionable young lad when mel's song came out and it inspired me to draw cnd logos all over our school before i got caught and was thoroughly punished.