Did think the recent Swag-Rap renaissance might have hit the skids after founding father of Swag-Rap J.Money's latest mixtape sounded like an exercise in pinning the tail on every generic Atlanta trap rapper from the past 3 years. Then YouTube recommended me this new single by the guy behind This And That and it was like Fast Life Yungstaz were reborn for 2015, but with less Ralph Lauren and more edumacational lyrics:

Definitely the best video YouTube has recommended me so far this week. The worst? This: 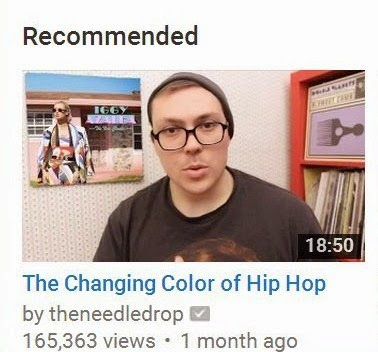 I am going to watch that Fantano video right now.

This dude is behind the "Drop" song too.

Yeah, can't believe that's the song of his that's blown up since he's got way better shit than that.

Strong Arm Flexin' is cool but This And That is still THE one, imo. Need a lads vs. lasses dance video for that since it's the best battle of the sexes rap song in a while.

The crowd are most pleased when Mr.2-17 and his weed carrier do the #Whip dance in this live performance of Strong Arm Flexin'.