Rappin' in the rain with The Jacka 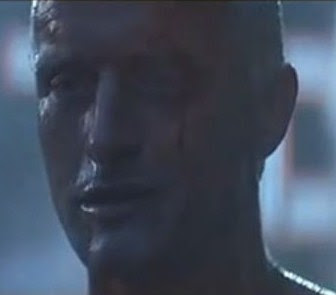 The quasi-romantic gloominess of liquid precipitation falling from the sky onto the rundown streets of the Bay below due to atmospheric temperatures has been a motif for some of the most melancholy songs by the Mob Figaz since Hustlin' In The Rain in 1999, right up to Hustle In The Rain from the latest Devilz Rejectz album this year, taking in the likes of the Mob's Rain 2 from the Best Of The Mob Figaz compilation and Storm by Jacka & Cormega from Tear Gas amongst others inbetween, but here at The Martorialist we look at Jacka's unreleased pearl Heavy Rain as the chef d'oeuvre of downpour-related moments by the crew.

Heavy Rain made its debut on Jacka's Myspace page before someone ripped and uploaded it to Imeem (R.I.P - I'd wager a few unnoted mixtape songs were forever wiped from the 'net when News Corp procured that site via Myspsce and then immediately shut it down) before inevitably finding its way to Youtube, but it's never officially arisen anywhere else since despite Jacka being one of the few modern rappers whose intense workrate manifests itself into actual cd releases which can be bought in stores rather than, for lack of a better term, 'nettapes. I guess such an antiquated m.o to releasing music in the digital age affords a traditionalist like Jacka the right to his very own Deja Vu or Captain Caveman style unreleased lost classic, and I'd never really picked up on Jacka's Slick Rick influence until his interview with Davey on the Southern Hospitality site where he talked about The Ruler being the rapper he looked up to most as a kid, but the way his buttery voice is impervious to the slightest quiver in octave when he goes from an almost double-time flow into sing-songy harmonising is pure Ricky D. To those of y'all still unfamiliar with Jacka, perhaps the best description of him would be to imagine a rapper whose architectural plan is to combine Mac Dre and Slick Rick into one unit. I mean, it sounds a more enticing description than the standard "he's like a Bay version of Cormega, but without all the punch-ins", dunnit?

Thanks to Thomas for finally hookin' me up with an mp3 of this a couple of months back. One of you dudes from northern Cali' who read this blog should tell Jack' he needs to put a CDQ version of this out the next time you see him live.
Posted by Kelvin Mack10zie at 19:26

yeh its good to have a physical release out there for posterity, people take the internet for granted. plus in light of all the recent crackin down the golden age of dling free shit could possibly be ending sooner than people think.

megas punch-ins spoil him for me almost as much as late-era ugk adlibs (am i the only one who thinks repeating the last syllable of EVERY bar is a bit grating?)

Nutty Professor = I Sparkle from the N.P soundtrack?

Yeah, Warners having all those Gucci tapes completely wiped from the 'net would have to be the best example of that to date.

i just checked that out its the business, now all i have to do is somehow find the wild wild west soudtrack on the internet ha. nah im talking bout this:

Shit, I've never heard that before. At least, I don't think it's on the J-Love & Slick Rick Legends tape I first heard all those other unreleased Rick songs on. Nice one.

Great post. Good point about Jacka being able to translate his prolific output into actual physical releases. I actually posted about some other unreleased Jacka songs awhile back: http://100grandonmywrist.blogspot.com/2010/03/lost-tapes-of-jacka.html I went ahead and updated all the links because they were dead.

That The Streets cut is real nice. Thanks.

What's that sample from, though?