Beef is when you get headbutted by an insane Filipino kid in front of your own fans at Fat Beats... 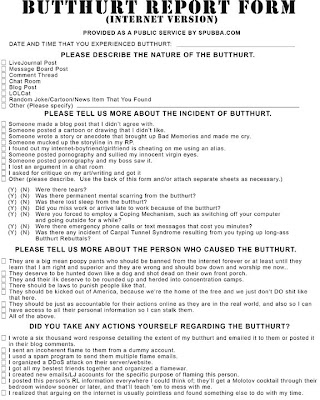 Since the rap singles of the noughties have already been evaluated and chronicled it's time to document the really juicy shit and pay lip service to the the best rap message board beef between a civilian poster and a notable underground rapper which then spilled over into real life with disasterous consequences.

Right now there's a thought-bubble probably forming above your domepiece all like "Oh, this is just another post about that dude who looks like King Kube from Parker Lewis Can't Lose breaking the jaw of whatsisface from Cannibal Ox, huh?" Nah, never that, son; that's far too obvious a choice, and while it was hilarious that Vordul from Cannibal Ox wound up in a hospital bed with a wired jaw and the verbose steroid addict Will High ended up doing a stretch on Rikers Island for assault after El-P grassed him up to the NYPD, it wasn't quite the hilariously grandiose affair that was the Filipino Frank vs. Immortal Technique's beef on UGHH.com which led to Frank travelling from Florida to New York to confront Technique at a Fat Beats instore signing session in 2004. 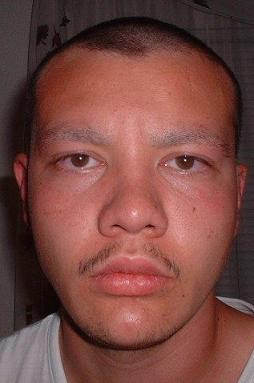 Our story begins when the tempremental Technique was an underground rapper posting on UGHH.com to promote his releases or performances. It was your usual boring guff which the denizens of UGHH politely pretended to be interested in (at that point rap message boards were in a post-The Blueprint state of flux where former Sage Francis fans often mutated into Juelz Santana lyrics-posting Dipset fans overnight, so Technique was semi-acceptable for either camp) or would casually mock with no malice intended. Frank would troll Technique posts with pictures of the Super-Mario Brothers and taunts that Technique should float back to Cuba on his banana boat and Technique would explode in anger with expletive ridden caps-locks threats (TM. Necro) where he revealed in intimate detail what he'd do to Frank if they were to ever cross paths. This went on for weeks with Frank even registering a fake female AOL screen name to sucker the flirtatious Technique into an IM cyber-sex session before copy and pasting the full conversation to Technique's considerable embarrassment and the board's delight.

Their antics continued another week or so, before Technique announced he had a Fat Beats instore the following monday and that Frank and any other internet hataz should show up to air their grievances with him mano-a-mano. Frank responded with pictures of himself writing rhymes which he claimed would end Technique's career and posing with a shotgun which he suggested he'd use if Technique didn't apologise profusely to him in person : 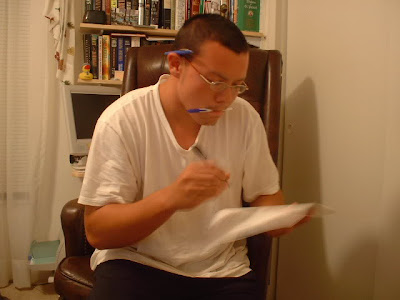 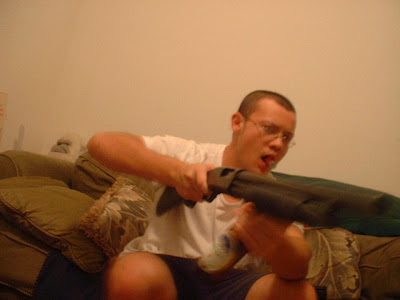 He also threatened to kidnap Technique and hold him hostage in a dungeon wall-wardrobe he called GAY'S CLOSET where he claimed he'd subject Technique to rectal rape via a plunger once a day : 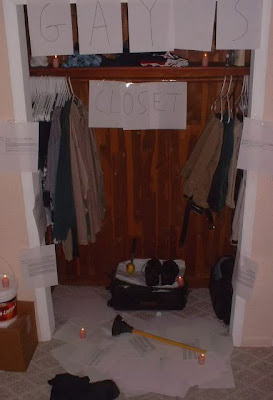 While Frank's taunts of what would happen were amusing, nobody thought he'd actually show up in New York since he resided hundreds of miles away in Florida. It's unsure what exactly happened at Fat Beats that day - the rumour that Frank put Technique in a Figure-4 Leglock remains uncomfirmed - but here's what's known for sure via various witnesses : Frank caught an unsuspecting Technique alone on the staircase leading up into Fat Beats, where he headbutted Technique square in the face which caused him to fall down the stairs arse over tit.

After word got back to the internet of the fracas, Technique was quick to call UGHH.com owner Adam "Quest" Walder and have all evidence of it deleted. Quest complied as he didn't want his site implicated in any legal shenanigans stemming from the situation, particularly with Frank having posted pictures of himself with firearms. This, unfortunately, is why so little documentation of their behemoth beef is left online now.

Frank soaked up the glory for a few months before retreating back to spamming the board with pictures of his flaccid penis and stories about picking up teenage hookers. Last we heard he joined the military in 2005, got sent to Iraq and then got sent back to America after being caught smoking heroin where he attempted vehicular assisted suicide before he was sectioned under the same mental heath act which saw Britney institutionalised. The last picture he posted of himself was with his mother at the airport in DC on his way to the specialist ex-military loony bin he ended up at. His head injuries from the suicide attempt are visible : 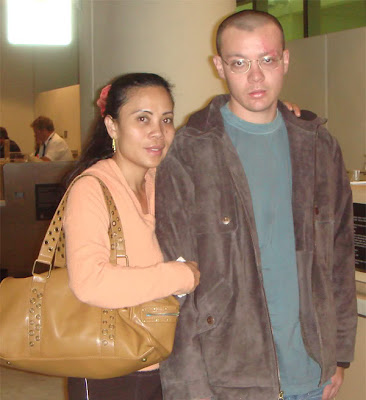 Frank, we dunno if you're playing with your own shit in a cell like Alvarez from Oz right now or even if you're still alive, but here at The Martorialist we applaud your dedication to humiliating rappers who make arses of themselves on the internet and we crown your beef with Immortal Technique the greatest rap message-boarding of the noughties. Salutations are due, kicko.

All you wanted was a Pepsi, just one Pepsi...

Email ThisBlogThis!Share to TwitterShare to FacebookShare to Pinterest
Labels: Lookin' all Harlemish shoe game marvelous, rap, you so crazy

who could ever forget dozer?

The Gay's Closet picture has got me in tears of laughter.

IT'S DEEPER THAN RAP x 1MILLION.

Got any references for this story?

I thought Dozer was dead