Earlier today Werner Herzog announced he'd spent the last couple of years secretly shooting a sequel to Fitzcarraldo starring a CGI Klaus Kinski. In the original movie Kinski hired a squad of peasants to haul his steamship over a hill, in thie sequel he hires a new squad to haul that very same steamship through the neckhole of Anthony Fantano's t-shirt. Here's an exclusive shot from the movie's finale: 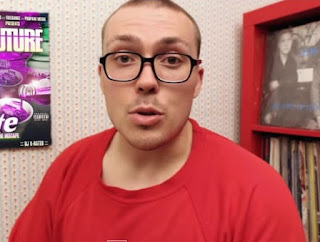 Email ThisBlogThis!Share to TwitterShare to FacebookShare to Pinterest
Labels: Favourites from the flicks, Martorial elegance

I only watch Needle Drop videos to see this bamma's outfits.

He could also be the new Imperator of El Dorado, if Don Lope de Aguirre wishes so