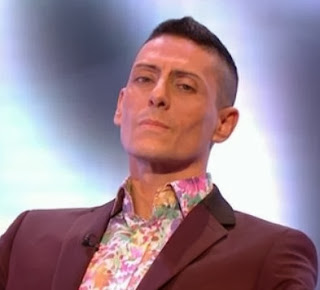 Top 3 worst things rap music glorifies: True Religion denim, handshakes between men who are forever standing around posing with their hands on their nuts, drinking syrup. I wrote about the latter in my Deep Cuts entry about Speaker Knockerz's Erica Kane which is sort of doubling as a tribute post. Unsurprisingly, Complex cut the last sentence where I suggested the world would be a better place if Yung Lean had died instead of him.


"I took his hoe and then beat up the kitten
She give me brain, I'ma pay her tuition
I'm at the top so I guess I'm the villain"


Ya boy MC Renato Pagnani had posted Speaker Knockerz music when he was still breathing and already planned on Deep Cuts-ing Erica Kane this week after noticing it on DJ Day Day's Audiomack page last thursday, so I'm not the Speaker Knockerz equivalent of one of those ghouls who suddenly pronounced themselves Doe B experts after he died despite the fact they'd never once mentioned him prior to his death, honest, guv!
Posted by Kelvin Mack10zie at 09:40

Did the Complex editor add the aside about reading his article?

Also, why the hell was he in his car in his own garage?

Hah, yes. I didn't even notice that.