Ayo 90% of American Rap bloggers - it's nice that you want to share your thoughts about the upcoming election, and I personally appreciate your ability to try to identify with the common man and fire off a multitudinous amount of "MITT ROMNEY IS AN EVIL CAPITALIST!" jokes each and every day on Twitter/Tumblr, but here's a little thought for datazz : there's isn't a single soul on the planet who wants to read the political ruminations of a gaggle of egomaniacal middle-class white ppl who get paid by the word to pontificate about KanYe West and pretend that Rack City is a 2012 single because they failed to notice it last year for their 2011 Pazz & Jop lists.

Anyhoo, here's a lil' somethin' for the weekend straight outta the fuckin' catacombs of my hard drive in the form of a compilation of a bunch of kinda overlooked songs I like from the past 12 months. Thanks to ANU for the head's up on the Short Kidd joint because I didn't see anybody else acknowledge it and it's highly unlikely I'd have found it otherwise. You're the Hiram Bingham of this blog shit, B! 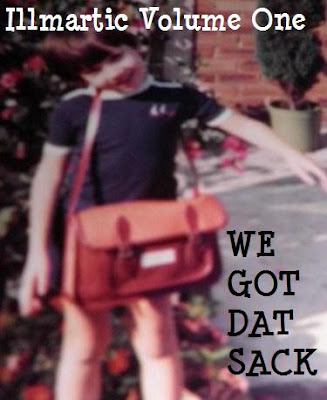 Liking the look of the songs too - new Krypto, Treal Lee & Prince Rick. Im no longer a French apologist but Chinx Drugs is great.

Thankfully French only does the hook on I'm A Coke Boy, but what a hook!

yo I can't download this. Any trick I don't know? Did it get pulled down?

Yo I can't download this. Is there a trick I don't know? Did it get pulled down?

At least you got it before it was removed.

There's a great song with Mouse on that same Lil' Cali 'tape. It's called Dat Dick

when was the king louie song previously released?

is short kidd my vulcha picchu then ?

Oh man. "nut in her weave then I leave" I love this.

Also arguing about politics on the internet is basically the most retarded thing a person can ever do, because everyone has already made up their mind and no one is going to change sides because of some dumb shit on the internet.