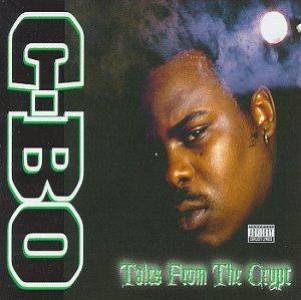 C-Bo - Birds In The Kitchen

Yet more C-Bo. This one is yanked from his 1995 second full-length Tales From The Crypt and it's his very own Juicy with a dashing of It Was A Good Day, only featuring a third verse full of slanging talk and whoozy G-Funk synths throughout via Mike Mosley/Mobboss Productions. Unless you're unfortunate catch Swine-Flu, MRSA or some new strain of the Black-Plague in the next week then the hook to this tune is the most contagious thing you're likely to be exposed to in the next 7 days and, had the heatwave they'd predicted for today materialized, this would have been a perfect soundtrack to it. There's a slightly different video version of this one with E-40 too. 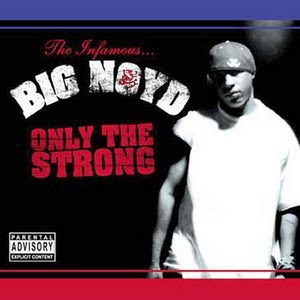 I tried Pilates but all i got was my first case of piles with all the pressure the intense squatting involved put on my arsehole. I've laughed at this scene from Deadwood many a time but, yo, i feel your pain now, Al. So, since your boy got the big hemorrhoid it's the perfect oppurtunity to welcome some Big Noyd into the Great songs from forgotten rap albums club. One of the great simple pleasures in life is the combination of hearing Q.B cameo king Noyd (his verse on Mobb's Burn is one of my fav' guest spots of this decade) rhyme guns with dunns or street with heat, beef and police over Alchemist production, as evidenced on these two tracks from his 2003 platter Only The Strong. It's rather sad that we don't get to hear Noyd over Alchemist production more often since Alan The Chemist has an unfortunate tendency to ruin beats which Noyd would sound perfect by rhyming on them himself with his awkward, crackafied monotonous voice. Know yer limits before you achive official Eric B. on the mic status, Alan. 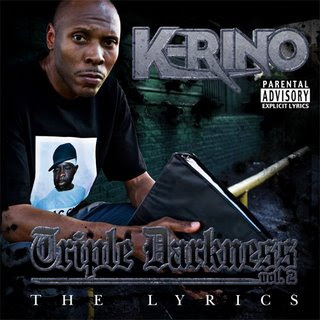 Since Houston residents and H-Townphiles are the only people who seemingly know or care about K-Rino a new ruling has come into effect for this series where we're declaring every K-Rino album to be forgotten in order to post a plethora of 'Rino jams in future posts. A couple of tracks from his 1993 debut have already been plucked for your delectation so we'll nab this oppurtunity to get up-to-date with two tunes from his 2008 set Triple Darkness Volume 2 : The Lyrics, which was the best of the Triple Darkness trilogy. Ras Kass and Canibus are the two glaring reference points but the self-styled syllable scientist from Texas might find those comparisons faintly insulting as he was doing the whole dense wordy rap thing before either of those hacks and, unlike both of them, he's made more than 2 good songs in his career. So, combine super-scientifical rapping which doesn't fall into the trap of sounding too awkward (Ras Kass with his cramming too-many-words-per-bar) with typical SPC aggression (think : Point Blank or PSK-13 rather than Ganksta Nip) and back it with some of the dusky production you'd find on the most doomful tracks on one of them newfangled Scarface or Z-Ro albums and, hey presto, we have Sharp Angles and Scientific.
Posted by Kelvin Mack10zie at 09:22

dope blog homie, i just stumbled across it today.. i have that Sean Price "60 Bar Dash" on my external hard drive, but Im in the process of moving, give me a few days & I can up it for ya or you can download "Passion Of Price" Volume 2 thats where I got it from.

Ah, thanks. Can't currently find a working link for the Price mixtape so if you could zshare me 60 Bar Dash that'd be swell.

I don't know how I'd feel if K wasn't slept on. He deserves more props from the more accredited rap writers though.

I'd rather someone like K-Rino suddenly get over-jocked than have the unfathomable love on the 'net for the likes of Joe Budden.

piles are no joke

And Preperation H is a joke.